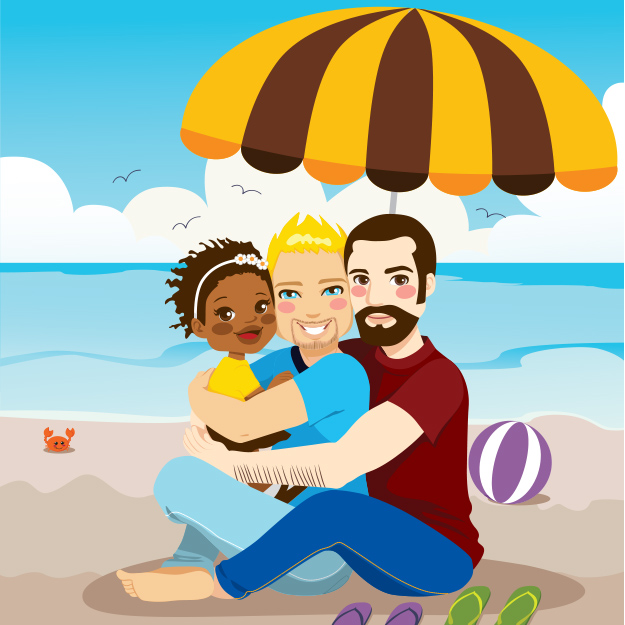 Is reality TV finally dying a slow death? Probably not, but there is a glimmer of hope.

Tonight, Bravo takes a step in a bold new direction with its first animated scripted series, The Pink Taffeta Mysteries.

The Fort Lauderdale-set cartoon follows Jake and Josh, two interior designers who adopt a baby girl that turns out to have psychic abilities. When she helps solve a cold case involving a murdered drag queen, they decide to open a detective agency specializing in gay crimes.

Before the first episode even concluded, we were hooked. By the second, even more so. That’s when we’re introduced to lesbian neighbors Kris and Phil who enlist the help of Jake and Josh to find their kidnapped son, a story line that will provide the central story arc for Season One, with smaller mysteries solved episode by episode.

Those lamenting the loss of HIMYM will be thrilled to have Neil Patrick Harris back on TV (at least in voice) as Jake, and Sean Hayes as Josh. Bravo’s own Andy Cohen stars as Kris, while Ariana Huffington provides the vocals for her longtime lover Phil. 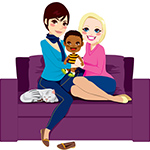 Josh and Jake’s psychic adopted girl, Claire (as in Voyant), speaks mainly through sign language, but longtime Howard Stern sidekick Robin Quivers is on board to gift the toddler her signature laugh and the occasional coo.

It’s the gayest thing to happen to Bravo since, well, the last show they debuted!