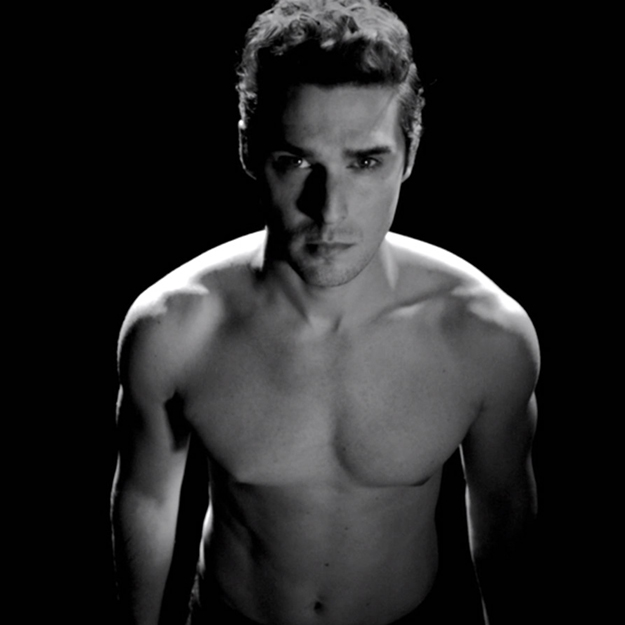 Not since Jake Shears first gyrated in front of us at a concert have we been this infatuated with a male performer.

His name is Nick Noonan (pictured) and together with Amy Heidemann, pop duo Karmin comes to life. The sexy, energetic team is responsible for one party anthem after another on Pulses, the album they released last week.

Sunday, their national tour kicks off in Dallas.

The third video released from Pulses is the title track. And it’s pretty damn cool. In it, they use a new scientific instrument called a Cymascope to turn Nick’s voice into light patterns. So you actually get to see what his voice looks like.

We picture it wrapping around us like a warm blanket.

Or working its way from head to toe like a juicy wet tongue.