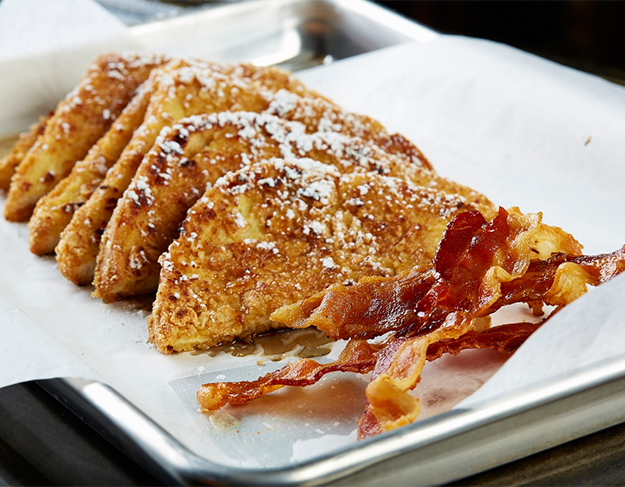 For most of us, beer for breakfast isn’t that appetizing.

So Henderson Tap House had to venture way beyond their 75-plus brews and deliver the important stuff. (Mainly cheap mimosas and Bloody Marys.)

The neighborhood sports bar atmosphere may be an unlikely setting for a big gay brunch, but the impressive food and drinks compel otherwise. 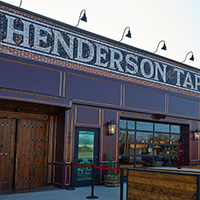 Start with a $10 bottle of bubbly and carafe of OJ for make-your-own mimosas (you’ll have to ask for a bucket of ice to keep everything cold, but it’s well worth the request). The Bloody Mary bar is small, but has nice touches like shrimp and bacon to aid in your hangover curefest.

The breakfast pizza is an ideal group appetizer. loaded with bacon, sausage, scrambled eggs, pepper, onions and cheese. Then move on to either the BBQ pork and cheddar grits topped with over easy eggs or the Eggs Benedict on toasted brioche and prosciutto with a nice spicy Hollandaise.

If you’re particularly hungry, our favorite entree was the steak and eggs topped with lobster and that same delectable Hollandaise from the Benedict. The filet mignon was perfectly prepared and the chunks of lobster were a nice addition, especially for the mere $4 price increase.

And if you’re lucky enough to score a patio seat, kick back and order another bottle or two of champagne and keep the party going.

At which point you can move on to happy hour without lifting a cheek.