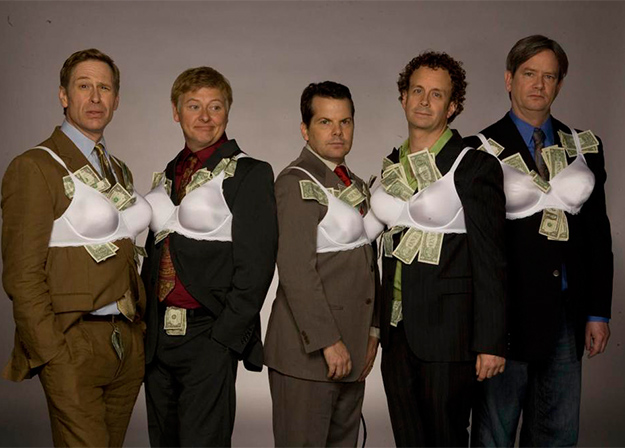 That sound you hear coming from the Majestic Theatre this Sunday night? With any luck, it’ll be the Chicken Lady. Or the resonating lisp of everybody’s favorite butch queen, Buddy.

Get ready for a nostalgia overdose when The Kids in the Hall reunite for their “Rusty and Ready.” Filled with characters from their wildly popular 1989-1995 TV sketch show, it’s as if time hasn’t passed one bit (just squint and you won’t notice the slight weight gain among them).

Heck, if you don’t believe in the power of flashbacks, just check out their official tour page on MySpace. Who knew that was even still a thing!?

Of course, they’ve got some new stuff to throw in to keep things fresh, but we’re hopeful they’ll treat us to some of their most classic characters.

It’s may be a fact that the Queen of England doesn’t know her ABCs, but it’s also been proven that these are five of the funniest guys on the planet.

We’ll be there with bras on.