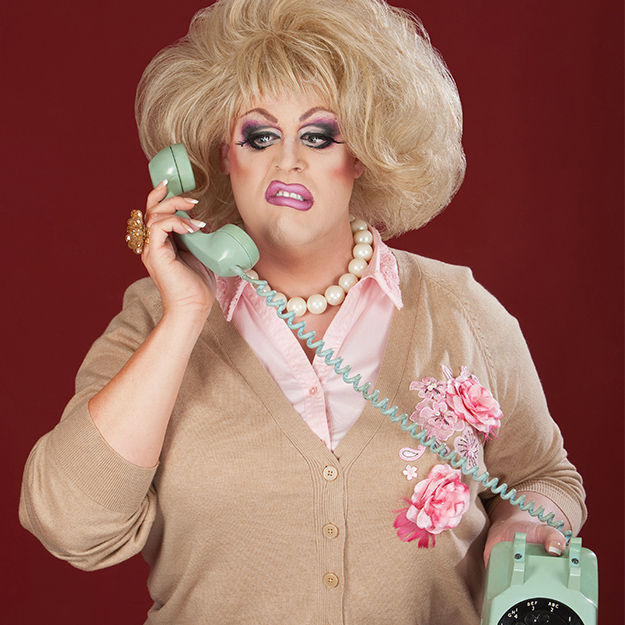 Translation: Girls were to dress as guys and vice versa.

In reality, it was a big excuse to explore our feminine side and dress in drag, perhaps also subconsciously nudging our parents toward the truth.

The party wasn’t a huge success, probably due to the fact that we only handed out flyers to our friends at the liberal-but-not-that-liberal Methodist Church. Besides us, only two people showed up in costumes of the opposite sex. But the scariest part of the whole ordeal was how it only took donning one of our mom’s wigs to look — Just. Like. Our. Mother.

We’d blocked out the memory of that party until today because we’re pretty sure The Round-Up’s Does Your Mother Know? (DYMK) Employee Turnabout Show scheduled for Mother’s Day is sure to send us into a flashback shame spiral. We’ve already scheduled an appointment with our therapist for Monday at 9:00 a.m.

For anyone who has fonder memories of dressing up like dear ol’ mom, however, it’s going to be one hilarious night of mother-themed drag starring the very people who keep The Round-Up humming along like a well-oiled male prostitute.

Plus, all proceeds from the event benefit R.E.B.A., the Round-Up Employee Benevolent Association.

Maybe they’ll set aside 100 bucks so we can book a little shock therapy while we’re at it.