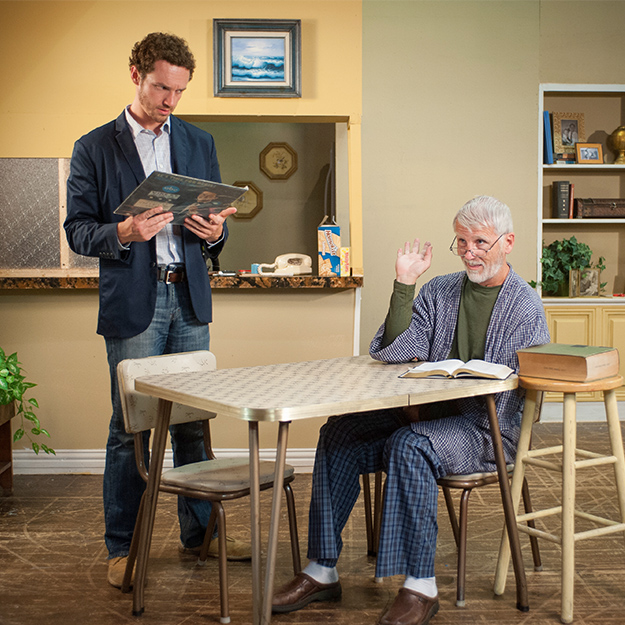 Uptown Players has become known for their increasingly lavish and delightfully extravagant productions. But they’re also capable of bringing us smaller works that pack a punch without all the bells and whistles.

Starting Friday, Art and Science puts the smaller-is-better theory to the test in the intimate Frank’s Place upstairs at the Kalita Humphreys Theater. Not only is this the premiere of a new play by James Wesley, it’s the chance to experience it at one of Dallas’ littlest known venues.

The story follows Adam as he visits his elderly former vocal coach, who’s just suffered a stroke and become partially paralyzed. Because he’s a Christian Scientist, he refuses to be taken to the hospital for examination and treatment. So Adam decides to stay and help, but he gets more than he bargained for as long-held resentments between the two bubble to the surface.

Funny at times, poignant at others, Art and Science stars David Benn and Christopher Cassarino under the direction of New York Director Jason St. Little.

Just tell your friends you’re taking them to see something off-off Broadway. Throw in a third “off” if you must.