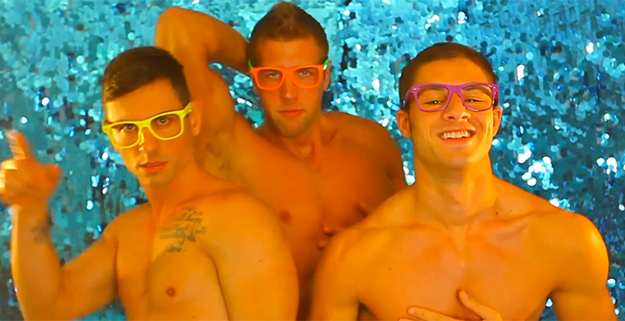 If you like half-naked men (and because you’re still reading this, we’re assuming you do), we’ve got the DVD must-have of summer.

Hit the load button on your player and pop in The Gayest Video Special of All Time. If the name alone isn’t enough to convince you, perhaps the contents will. 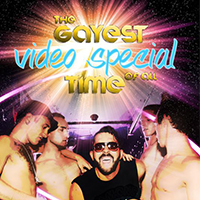 One innocent-looking disk unleashes five music videos from Big Gay Sketch Show’s Jonny McGovern (a.ka. “Gay Pimp”). You’ve likely seen them posted on somebody’s Facebook timeline or seen them played at your favorite video bar, but you’ll want this collection for home use thanks to its ability to turn any otherwise ordinary afternoon into one Big Gay Rave.

Catch all five of McGovern’s popular gogo-boy-laced videos, including Dickmatized, Sexy Nerd (above), Modified, Man Areas and Texting on the Dancefloor. They’re all catchy tunes on their own, but the visuals add oh-so-much more.

You’ll get behind-the-scenes footage and “Extra Faggoty Stuff,” like the music video The Gayest of All Time, the title song from his latest album of the same name.

We used to think we had the best job in the world, but seeing McGovern surrounded by all those scantily clad young lads has us thinking otherwise.

The Gayest Video Special of All Time, $19.95
www.createspace.com