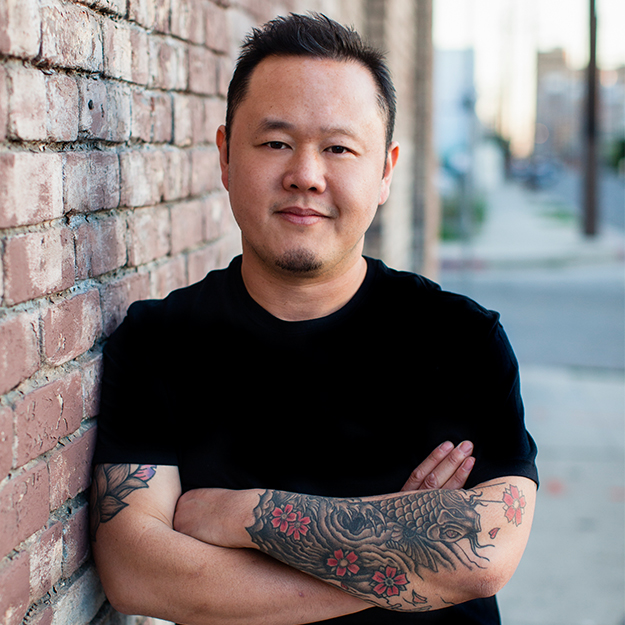 Ever since it opened, Pakpao Thai has been one of our favorite restaurants in the city, Asian or otherwise. And greatness has arrived in the form of a brand new chef.

Between launching restaurants and cooking for everyday diners in LA and Vegas, Chef Jet Tila battled it out on Iron Chef America and appeared as a guest judge on Cutthroat Kitchen.

We dined at Pakpao recently and sampled some of his new dishes, including quite possibly the tastiest salad of summer made with crispy morning glory leaves and topped with delectable shrimp.

Rather than yammer on about each new dish, we turned to Chef Jet for dining tips and myth busters to attempt (or avoid) next time you’re at Pakpao or any Thai establishment.

Novices do it too much! There are rules. You look like an idiot if you wai everyone! You always wai UP: elders, monks, people with status, etc. Never wai down! Wai’ing the waitstaff, young people, kids, the dog, etc. just looks foolish.

Never ask for chopsticks unless you are eating noodles in a Thai restaurant. Folks sitting down and asking for chopsticks even before ordering and acting appalled that any Thai place doesn’t set the table with choppies looks like a douche.

Although there’s an “A” at the end of Singha, the pros know you don’t pronounce it! And it’s not called Singh Beer in Thailand; it’s “Beer Singh.” Ed note: it’s simply “sing.”

All Thai food isn’t automatically spicy, contrary to popular belief. Chilies actually came from the New World, along with mangoes and palm nuts, so it’s not even “traditional.” We Thais do like heat, but we don’t go around measuring our manhood by it.