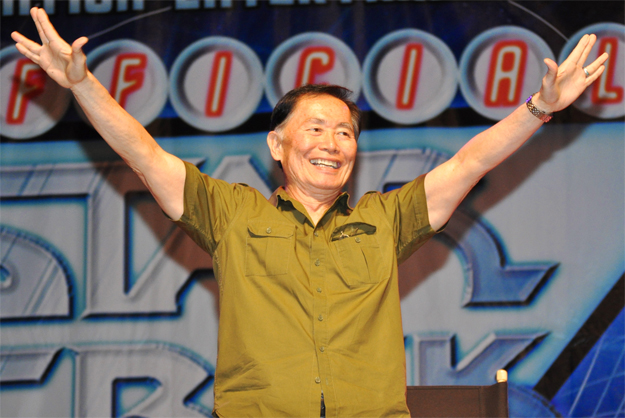 He’s the unlikely king of social media and master of the well-placed pun. He starred in one of the most iconic TV and movie series of the 20th century. And he’s a big ol’ queen.

To dislike George Takei (rhymes with gay) is a nearly impossible thanks to an infectious laugh, a genuine smile and a wholesome-but-occasionally-scandalous sense of humor (mostly when he’s in his role as the occasional announcer on The Howard Stern Show).

But we love him for using his Star Trek fame to tackle issues of race and gender and becoming a major activist later in life than most.

Tonight, the Oak Cliff Film Festival kicks off with To Be Takei, the documentary about George and husband Brad’s daily adventures, as well as more pivotal moments during their long relationship.

As of publishing time today, there are still a few tickets available to see the film before it’s released exclusively on DIRECTV on July 3. (A wider theatrical release will occur, too, but not until post-August 6.)

Boldly go. And bring along friends.