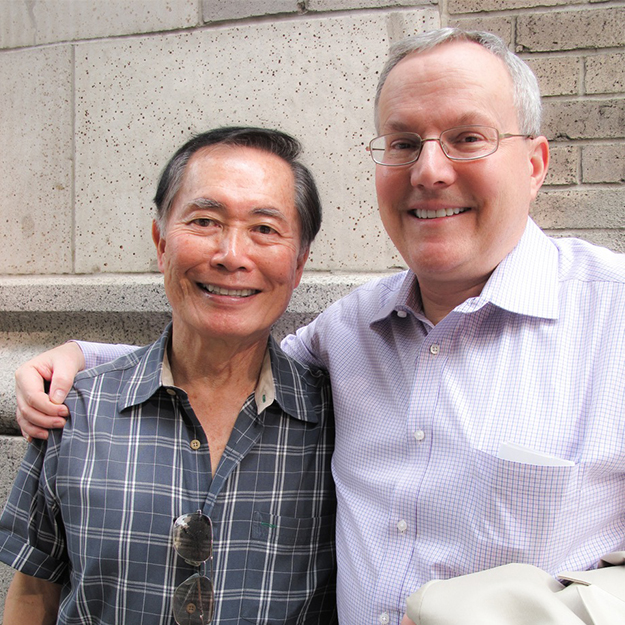 George Takei has returned to outer space. Via satellite.

In a fitting turn of events, the new documentary about his life is beaming down at warp speed from the starry sky high above earth beginning tomorrow.

With the exception of moviegoers at sold-out festival screenings around the nation, DIRECTV subscribers will be the first people to view To Be Takei, starring our favorite fictional space traveler turned real life gay activist.

The documentary crew follows George and Brad, his husband and business partner, in their daily lives. While providing background on George’s early years in a Japanese-American internment camp and his role as Sulu on Star Trek, the film also shines a spotlight on his current fame as one of the most popular celebrities on social media.

At 77-years-old, he’s got an incredible energy fueled by a bold new mission to fight for LGBT equality.

Yet no matter which wrongs he’s trying to correct through his activism, the actor’s legendary laugh and wildly infectious grin are always close by.

To Be Takei
Airs exclusively on DIRECTV until August 6
www.tobetakei.com