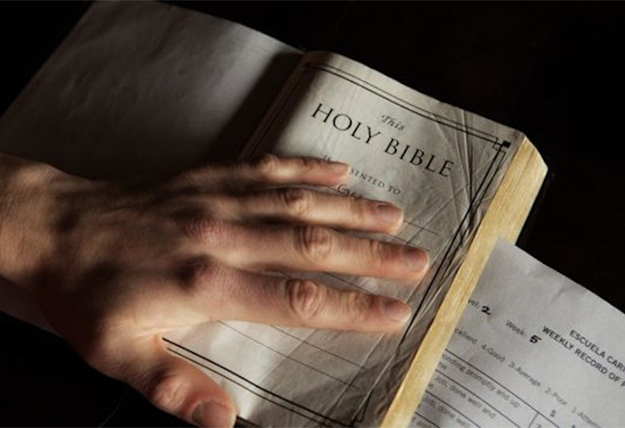 We’ll never forget the first time we were kidnapped.

Sure, our parents were in on the job, but it was still jarring being awakened in the middle of the night and carried out blindfolded into a van. This was just the first step in an overnight holy hazing for our Methodist youth group. It was all in good fun, of course, and ended with our safe return the next morning with the only scars being an upset stomach from too much Hi-C fruit punch.

For hundreds of other teens, though, being taken against their will happens in the name of Jesus more often than you might think.

Tomorrow night, Kidnapped for Christ debuts on Showtime. The award-winning documentary chronicles the activities that take place at Escuela Caribe, a Christian behavior modification school in the Dominican Republic where LGBT youth and other so-called troubled teens are taken to learn the “right” way to live.

Unregulated by any government, many of these schools exist around the world, making up a billion dollar industry that feeds on fear and crushes the souls of students all in the name of religion. Hostage-like physical and mental abuse combine with deplorable living conditions to create a living hell on earth.

When the leader of Escuela Caribe proclaims that he’s “in the business of trying to save prodigals,” it’s one of the most chilling lines in cinema since a certain Chianti-and-fava-beans reference made by cannibalistic serial killer.

Executive produced by Lance Bass, Tom DeSanto and Mike C. Manning, the documentary is as compelling and heart-wrenching as you’d expect, but in the hands of director Kate S. Logan it transforms into a nail-biting suspense thriller with dramatic, real-life consequences.

In a time where reformative therapies are making a comeback (stupid Texas GOP), it’s a wakeup call that acceptance cannot now, or ever, be presumed. Or taken for granted.