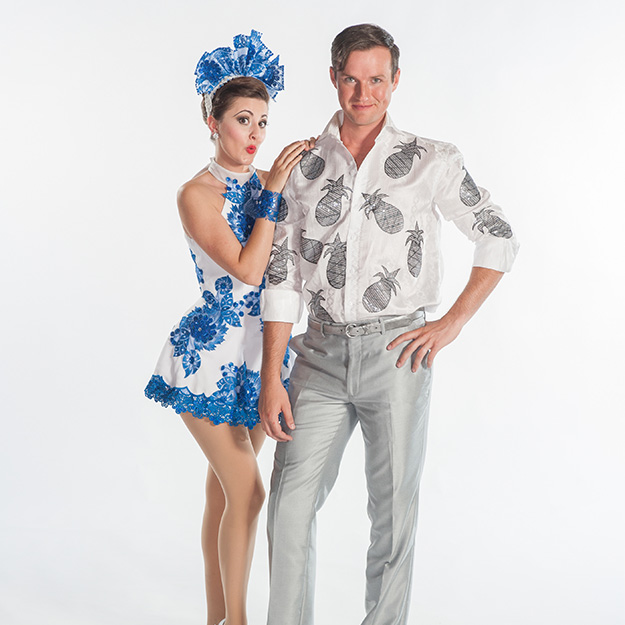 Even though we despise all things Wizard of Oz, there’s one related story that completely fascinates us: Why a gay man discovered by Judy Garland would marry her daughter, Liza Minnelli.

Of course, in his shoes, we probably all would do the same thing.

The life of Peter Allen is captured wonderfully in the Tony Award-winning musical, The Boy from Oz, closing the season for Uptown Players.

The jukebox musical follows Allen’s journey from singing in tiny Australian pubs to becoming an international superstar and Oscar-winning songwriter. Hits include Everything Old is New Again, I Honestly Love You, Don’t Cry Out Loud and a bring-the-audience-to-its-feet interpretation of I Go to Rio.

Even though yummy Hugh Jackman isn’t in this version, there’s plenty of eye candy and even more talent than ever in the perfectly assembled cast. And not a flying monkey in sight.