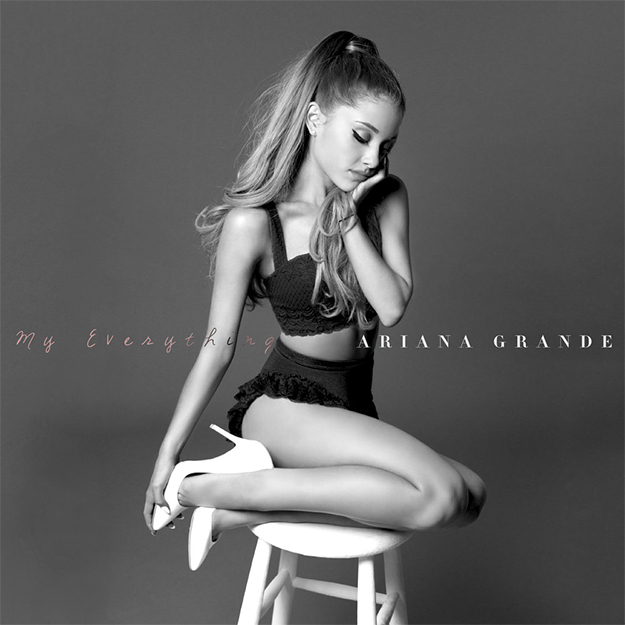 As a gay of the “older-than-29” persuasion, it’s important for us to stay twink-at-heart by keeping up with all the latest technology. We’ve learned to snap while we chat. And swarm all over our four squares.

Another requirement for youthifying our image is staying current with music artists. Sometimes we love them. Sometimes we just pretend in order to impress the 22-year-old next to us bench pressing 200 pounds while we’re on the yoga mat with our Thigh Master.

Thankfully, Ariana Grande is a performer that’s not just immensely talented but also one we don’t feel guilty admiring. She’s already an outspoken LGBT advocate which immediately puts her on a higher pedestal.

But it seems everyone loves her because her second album, My Everything, had four #1 singles on iTunes (selling more than 4 million downloads) before it even debuted last week.

Among her insta-hits are “Problem” featuring Iggy Azalea (another of our new faves), “Break Free” featuring Zedd, “Bang Bang” with Jessie J and Nicki Minaj, and “Best Mistake” with Big Sean.

The Deluxe version has 15 addictive tracks, but it’s still “Problem” that gets us up and dancing.