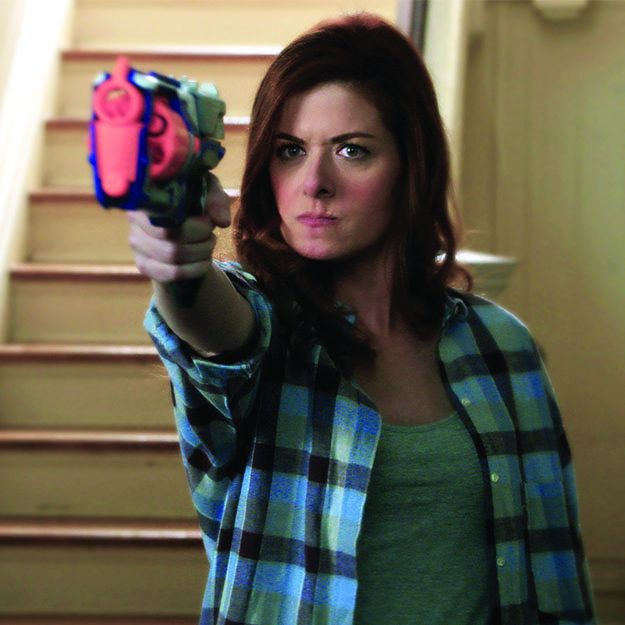 If you missed one of the multiple opportunities to preview the pilot episode of “The Mysteries of Laura,” you’ve likely read one of the many reviews of the new Debra Messing mom/cop dramedy. The critics are not loving it.

But we still think there’s a chance the show could find its groove — and a space on your DVR or download queue.

Here are three reasons why.

1. First impressions aren’t always everything. We admit, the pilot is burdened by a lot of clichés, stereotypes and formulaic retreads, but networks often greenlight a show because they see potential to build a brand. Sometimes the writers have to find their voice over the course of a few episodes before they hit their stride and pilots are often filled with broad strokes to establish the premise. Seinfeld wasn’t an immediate success and the pilot was just so-so. Ditto How I Met Your Mother and Family Guy. Even Buffy the Vampire Slayer didn’t click right away.

2. The world needs a lighthearted crime show again. We grew up on female-driven mystery-of-the-week shows like Murder, She Wrote, Remington Steele and Moonlighting. We love watching women kick butt and outwit their male counterparts. Plus, Messing’s Laura Diamond has potential to be one hilarious badass.

3. It’s still better than that utterly horrid Will & Grace finale. Not sure what the critics are judging this show against, but if we’re going to compare Messings to Messings, The Mysteries of Laura at least made us chuckle a few times, unlike the maudlin farewell to Will & Grace. Plus, after playing it serious on Smash, it’s great to see Messing back in comedy mode again, playing neuroses and quirks for laughs.

Perhaps we’re being too optimistic, but we’ll always have a fondness for anyone who was part of Will & Grace. And we firmly believe in second chances.