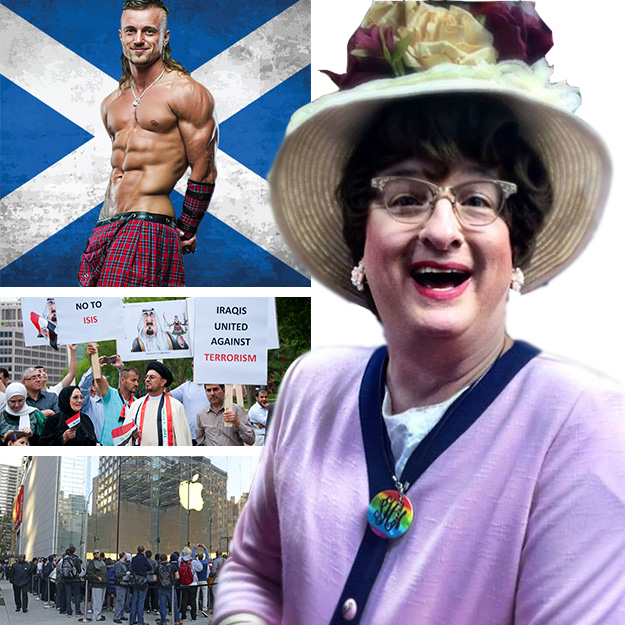 Scotland: I have been in prayer about the recent vote in Scotland on whether or not they would remain as a part of the United Kingdom. Now, CLEARLY, the only Kingdom on my mind is a heavenly one, but I digress. Praise the Lord that this country will remain in the UK. Any land where men wear skirts simply MUST remain under the control of a Queen. Let us rejoice.

ISIS: I keep hearing about the threat of ISIS. Scripture, in the Ten Commandments, clearly instructs us to have no other god before God. Therefore, as far as I’m concerned, the threat of some Egyptian deity whose only other claim to fame was a Saturday morning television show in the 70s is simply unscriptural. Zephyr winds which blow on high, INDEED!

Apple: We in the church simply must take a lesson in marketing from Apple. When the Lord returns, I intend to bill the rapture as the release of a new iPhone upgrade. It is apparently the only way to get the multitudes to get in line for anything. Praise!