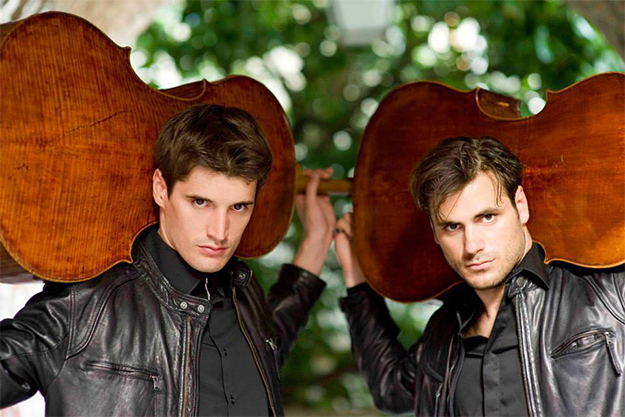 And we thought all the hot guys were in drama class. Little did we know we should’ve considered taking up violin instead of the lead in Victor/Victoria.

Because it only takes one look (followed by a listen) to know that Croatian cellists Luka Sulic and Stjepan Hauser (together known as 2CELLOS) are about to really take the world by storm. More than they already have.

Known for their boundary-pushing ability to transition easily from Mozart to Michael Jackson, they quickly got the attention of Elton John and joined his tour before embarking on their own sold-out shows all over the globe.

Their new album features the song that propelled them to fame (Jackson’s “Smooth Criminal”), as well as AC/DC’s “Thunderstruck,” Paul McCartney’s “Live and Let Die,” and “Wake Me Up” by Avicci.

Sure, it’s not quite as good as having the visual of these guys performing to go along with it.

Good thing our 2CELLOS shrine is all set up and ready to go.