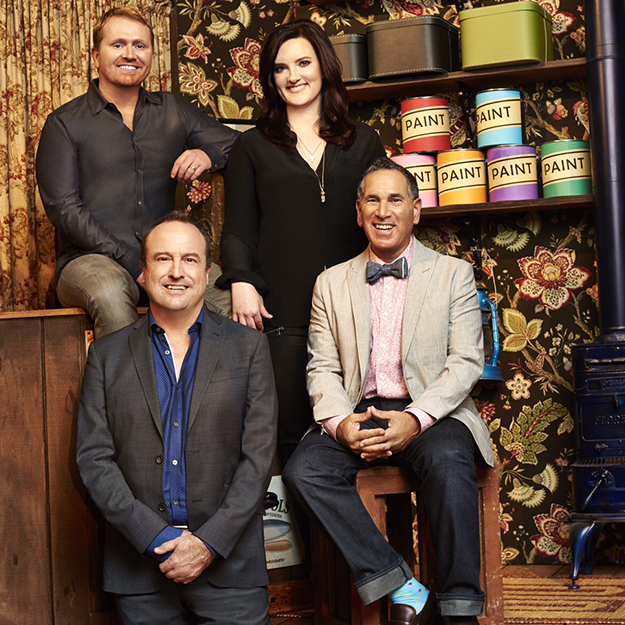 When we were growing up, our parents would drop us off at our grandparents’ house for the weekend. Looking back, it was probably because they were hosting key parties or performing ancient, Riuniti-on-ice-soaked, middle-class wiccan rituals in the backyard with the neighbors.

Highlights of our Nana-and-Gran visits were alternating dining options of Long John Silver’s or Luby’s, followed by nights plopped in front of the television.

If we ate slow enough, which was often our strategy, we could avoid the absolute torture that was Hee Haw, the only thing standing in our way of The Love Boat and Fantasy Island. Even as a young child, there was something about Hee Haw that gave us intellectual heebie-jeebies. Perhaps it was all the cleavage. Or all the beer bellies under suspenders.

So when we heard that Dallas Theater Center was producing the world premiere of Moonshine: That Hee Haw Musical, we had horrific flashbacks. Our doctor diagnosed it as Post Traumatic Hee Haw Disorder, a real affliction that peaked in the 1980s, but pops up now and again.

However, once we learned that the DTC production was an irreverent, satirical take on the hokey variety show, we were intrigued. When we learned that one of the stars was Justin Guarini, runner-up to American Idol’s first season winner Kelly Clarkson, we were sold. 100%.

Now to decide whether we want a LuAnn Platter or chicken planks and hushpuppies for our pre-theater dinner.