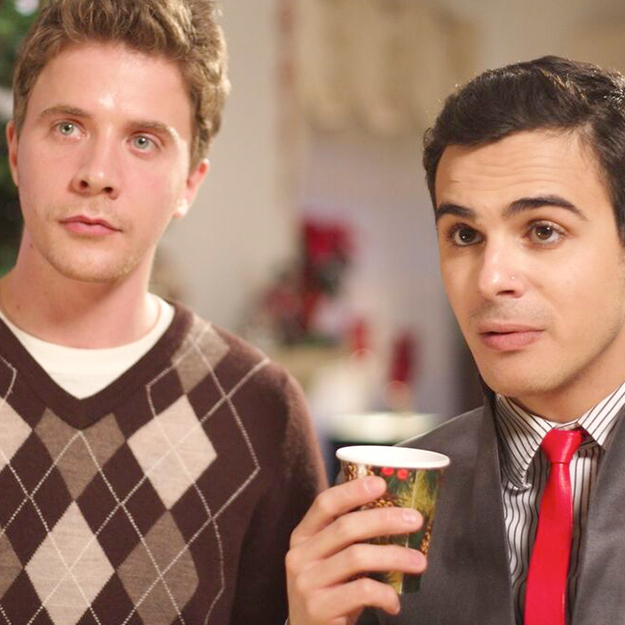 There’s nothing quite like watching two hot guys make out in your office break room. Or listening in on the conversations of three naked twinks on the subway.

It’s easier than ever to take gay movies with you anywhere you go with the latest film and TV streaming app, Dekkoo.com, a service affiliated with distributor TLA Entertainment.

This new premium service caters specifically to the gay and bisexual male audience and works on PC, Mac, mobile device or tablet. In early 2016, there will be a dedicated app on Roku and AppleTV, too.

Several popular gay films are already in the HD library, including Make the Yuletide Gay (pictured at top) and even titles like Velociraptor that premiere on Dekkoo before DVD. Original content is in the works as well, from documentaries to episodic series that will be exclusive to the service.

It’s a rather steep $12.99 per month when compared to Netflix or Hulu, but we’re all about supporting this type of LGBT-focused business. And if you’re simply curious to see what all they have in their entertainment arsenal, Dekkoo is offering your first 30 days free.