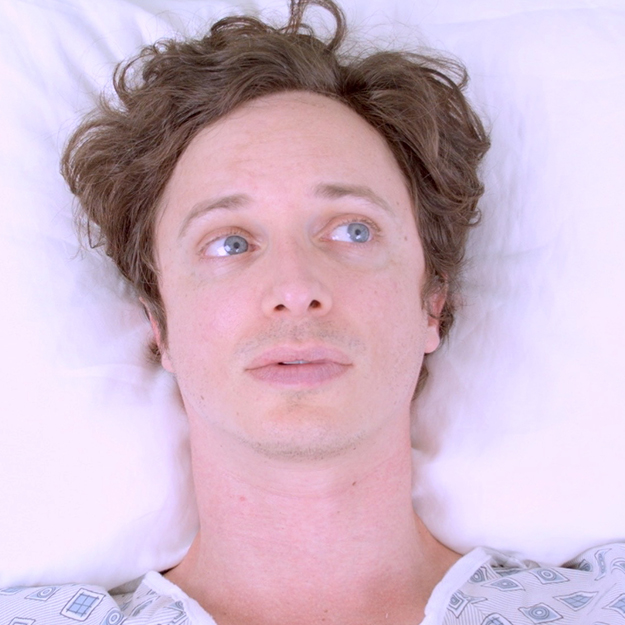 Set aside 30 minutes in your schedule today.

Half an hour is all you need to plow through the funniest web series we’ve seen in years, possibly ever.

Last Will & Testicle parallels the real struggles of its creator, Byron Lane, who found a lump and had a ball removed, with lots of uncomfortable situations in between.

The outrageous comedy stars Lane himself alongside one of our favorite actresses ever, Beth Grant (a.k.a. Sissy from Sordid Lives), as well as Sam Pancake (Arrested Development) and a host of other recognizable faces.

It sheds light on a topic that most people don’t want to discuss, let alone poke fun at, but Lane finds the perfect tone.

The first episode alone had us literally LOLing, especially when his mother (Grant) wants to try a little hands-on healing in the name of Jesus, which is nothing compared to her rant about her son’s testicles being inside her. (You read that correctly.) Or his dad’s fear that the cancer was caused by “all that gay stuff.”

Lane simply had to lose one.