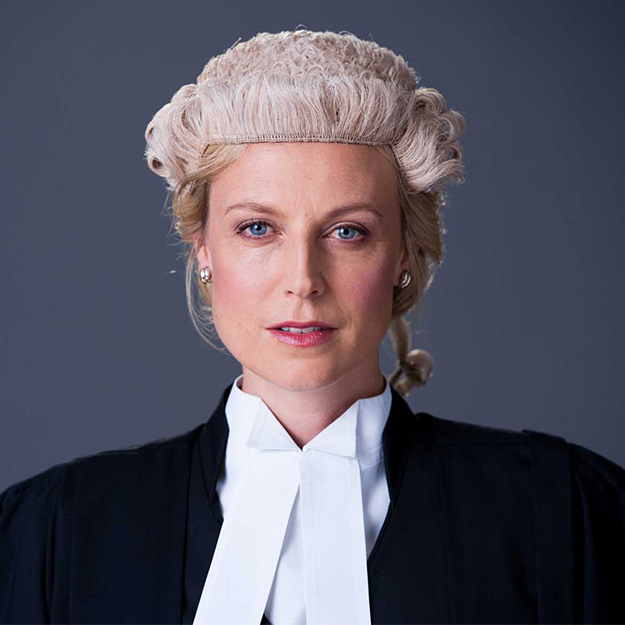 We’re not ones to repeat our headlines, but damn it, Janet!

You’re making us have to find more time to watch television because your show’s so good.

The Janet we’re referring to is the lead character in the Australian legal drama, Janet King. This eight-episode series is just what we needed to feed our Damages withdrawals with its gripping stories and unexpected twists. Plus, white powder wigs!

Janet (Marta Dusseldorp) is a senior crown prosecutor (and lesbian) who’s returning to work after a year’s maternity leave and finds herself in the middle of a very high-profile case that challenges her in spectacular—and frightening—ways. Dusseldorp shines in the role, making us want to watch everything she’s in. But that comes later.

Janet King is the latest to debut on Acorn TV, a premier streaming provider that we’ve seen on our Roku home screen, but never paid attention to. The service specializes in British television, as well as productions from countries (like the Land Down Under!) with similar stylistic sensibilities.

Best of all, if you subscribe to Acorn TV now, you get a 30-day free trial to check out this series and so much more. At least they’re not rolling out all eight Janet King episodes at once because we’re running out of excuses for calling in sick to work.

Once you’re hooked on the show, however, you’ll have to fly to Australia if you want to catch the second season, which premieres later this month. The good news is that the flight is so long, you can catch up on SO MUCH TV in one sitting!