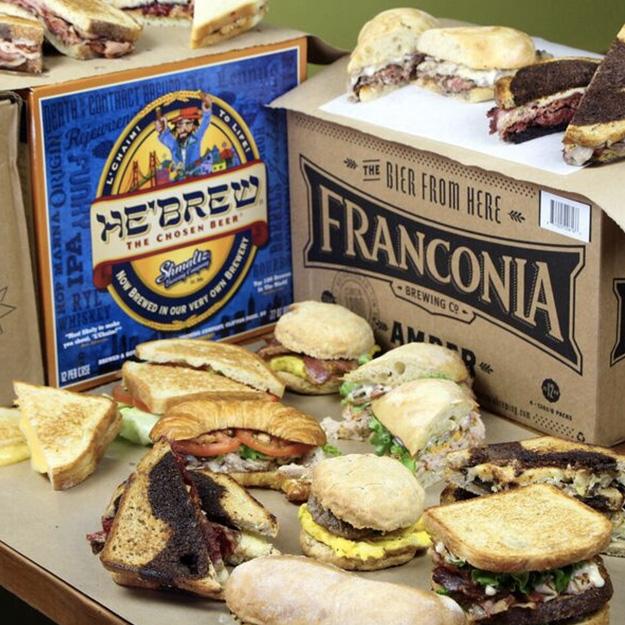 It doesn’t take a genius to slap a piece of meat between two slices of bread.

But when it comes to the sandwiches at Goodfriend Package Store in East Dallas, we think the creators should be welcomed into Mensa immediately. Or at the very least, receive a Nobel Prize nomination for helping hungry diners in Dallas find sustenance.

We went in right when they opened in January to sample several sandwiches. And we’ve been back about once a week ever since, which is quite remarkable considering we visit a new restaurant almost every day.

There are about a dozen sandwiches on the lunch menu (and about half that for breakfast) with a focus on meats they cure and roast themselves, as well as premium toppings nestled between always-superb Empire Baking Co. breads.

What we love most is that simple sandwiches shine because of quality. Case in point, the roast beef sandwich (pictured above) is made with herb-crusted rib-eye, Swiss cheese, thinly sliced red onion and horseradish mayo on a toasted ciabatta roll. Not much to it, but it’s absolutely divine.

Similarly, the turkey sandwich has one extra ingredient that changes everything about the expected gathering of lettuce, tomato and onion. Crumbly Sriracha white cheddar cheese is the magic addition that takes this from a merely fantastic turkey sandwich to arguably the best we’ve ever eaten.

A huge selection of beers is available to-go only due to package store permitting. And you can caffeinate on excellently crafted java drinks from on-site Cultivar Coffee, too.

Just come hungry and bring friends so you can sample several sandwiches at once.