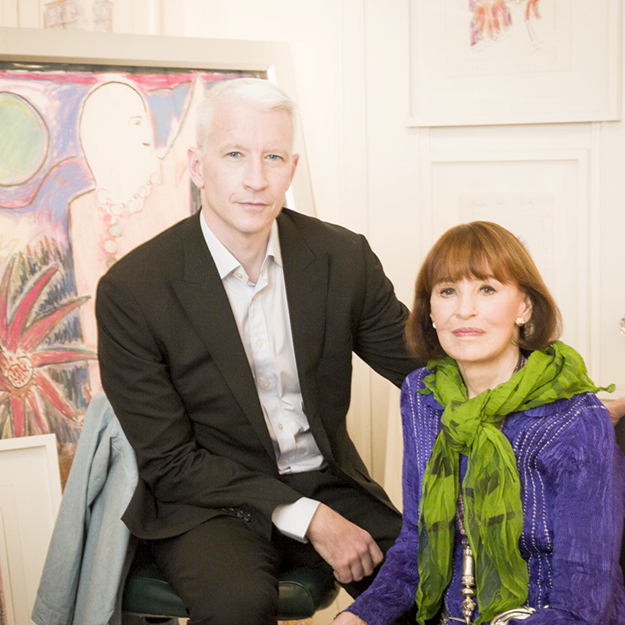 HBO is on a big gay roll this week.

Monday saw the debut of a documentary all about the life and work of photographer Robert Mapplethorpe. And Saturday, we get an insider look at the lives of everybody’s favorite sexy newsman, Anderson Cooper, and his fashion-famous mom, Gloria Vanderbilt in a new HBO documentary.

In Nothing Left Unsaid: Gloria Vanderbilt and Anderson Cooper, the family matriarch (now 92) looks back at her life and all that came with being born into one of America’s wealthiest families. Along with Anderson, she reminisces about triumphs and tragedies alike, all of which is brought into sharp focus with archival footage and photographs.

It’s a fascinating peek into a world of fame and fortune that most of us will never know. Unless, of course, we get lucky with one of our many Anderson Cooper traps set up throughout Manhattan.