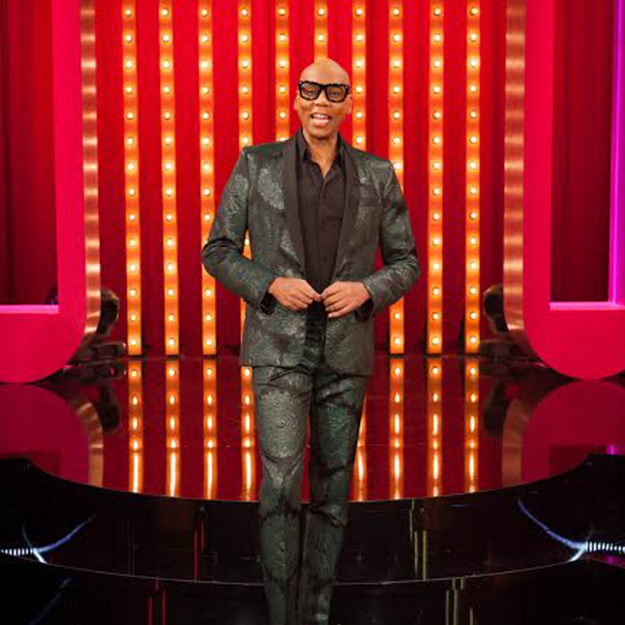 If you like The Snatch Game on RuPaul’s Drag Race, you’re gonna flip tops over bottoms for the new Gay for Play Game Show Starring RuPaul.

Of course, if you watch Drag Race, you haven’t been able to escape the commercials for this new Logo series, but we’ve seen the first episode and have to tell you, it’s more fun than an Alex Trebek mustache ride.

Hosted by RuPaul sans wig and heels, it’s a fast-paced pop-culture extravaganza complete with scantily clad male models, a panel of LGBT-skewed celebrity guests and two people battling it out for dominance (sometimes the contestants are civilians, other times celebrities will face off against each other).

Regular panelists include Michelle Visage (of course!), Todrick Hall, Carson Kressley and Ross Matthews. The premiere episode has guest panelists Katya (our favorite ever Drag Race contestant) and Amber Rose joining in on the fun.

From games identifying male celebrities by their butts to a lightning round of crazy pop-culture trivia to answer in 69 seconds, there are more puns, gay references and innuendo packed into a 30-minute episode than should be allowed by law. (Don’t get any ideas, Republicans).

By combining two of our favorite things—game shows and sex jokes—Gay for Play is better than a friendly round of naked Plinko with Andrew Christian models screaming about Whammies.