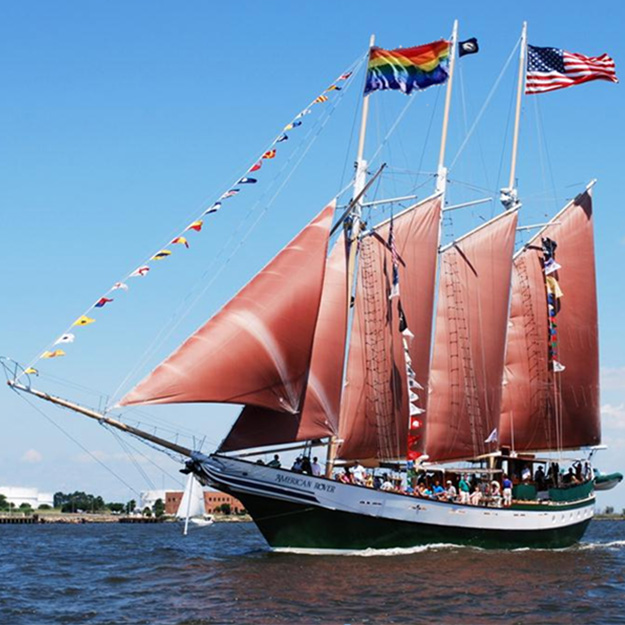 If your Pride celebrations are starting to feel like more of the same-old-same-old year after year, it’s time to experience LGBT Pride Month in another locale altogether.

We’ve long been proponents of taking part in other cities’ Pride events and last year we were invited to attend one of the most unique ones we’ve ever attended.

As part of PrideFest in Norfolk, Virginia, the Pride Boat Parade is a multi-boat procession along the Elizabeth River with rainbow flags waving in the wind.

You can watch from the shores for one perspective, but because that aren’t as many boats as floats in a typical parade, we recommend joining the revelry on the majestic American Rover (pictured above) instead of merely being a spectator.

Onboard, you’ll enjoy not just the relaxing motion of the not-quite-an-ocean, but also lunch and a cash bar serving mixed drinks, beer and wine. The two-hour cruise is just $29 and is followed by a massive celebration at Town Point Park with LGBT people and allies from all over the region.

The weekend features a block party and other festive soirées, but it’s the Pride Boat Parade that truly makes Norfolk a must-add destination in your world tour of Pride celebrations.

This one’s guaranteed to make a splash.