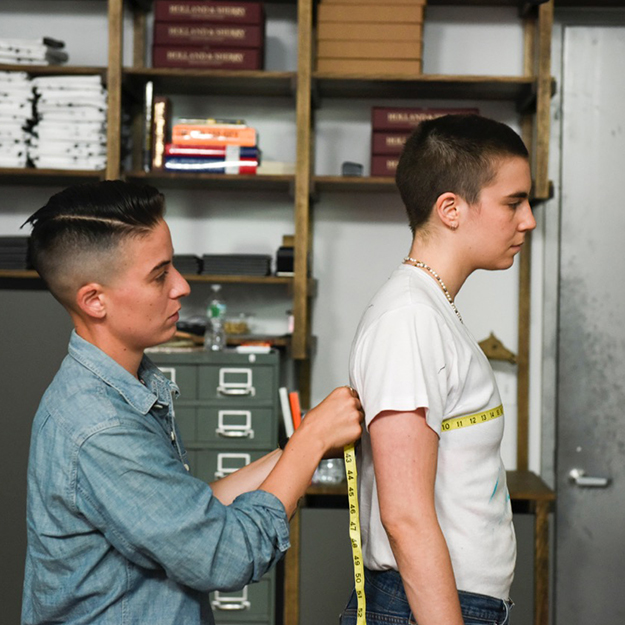 When we were gay teens, HBO was there for us.

Sure, it was so we could possibly catch a glimpse of a naked guy butt, but still, they provided a service.

Well, things have come a long way in what HBO is doing for LGBTQ youth.

The new “Get Suited” contest is for transgender, gender-nonconforming and all LGBTQ youth in support of the upcoming Lena Dunham-produced documentary, Suited, about Brooklyn tailoring company Bindle & Keep, which makes custom suits for this underserved niche.

If you’re between 13 and 24 (or know someone who is), simply film and upload a video to the official site explaining your personal thoughts on fashion and personal identity.

The grand prize is a custom-made suit from Bindle & Keep, a trip to NYC including airfare and accommodations for you and a guest, a professional fashion photo shoot, a meet-and-greet with Lena Dunham and a $5,000 donation to a charity of your choosing.

But hurry, the contest ends Friday.

Get Suited Contest
Full rules and details at www.getsuitedhbo.com
Suited premieres on HBO on June 20
www.hbo.com