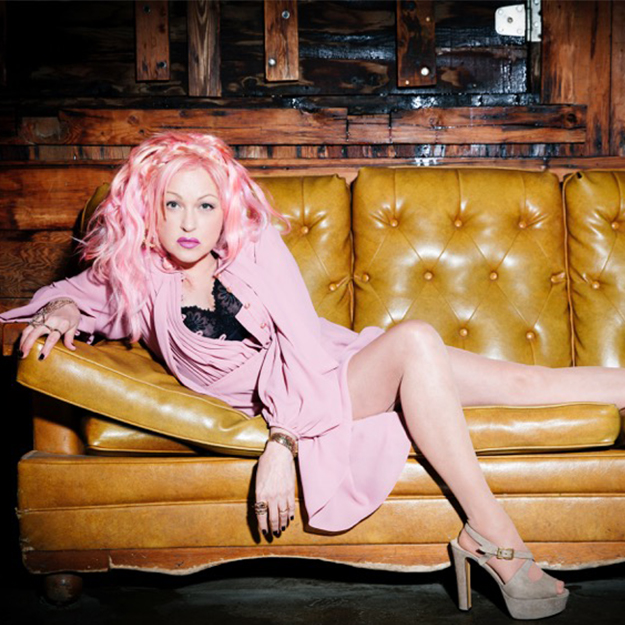 This Friday, Cyndi Lauper is taking a major Detour.

That’s the title of her new album, which features covers of ‘40s, ‘50s and ‘60s country songs with the help of Emmylou Harris, Vince Gill and Willie Nelson on a few tracks.

It was all recorded in Nashville with some of the city’s top musicians and the sound is bursting with nostalgia.

Our favorites are “Funnel of Love” (above), Patsy Cline’s “Walkin’ After Midnight” and “I Fall To Pieces.” But it’s her take on “Hard Candy Christmas” that made us anxious for December so that we can play it on a constant loop.

A 19-city tour kicks off on May 9 to support the album and we suspect it’ll be one of Cyndi’s best, especially the six shows where she co-headlines with Boy George.

It’ll be one of the most epic pairings since Dolly Parton’s tits.

He Said Magazine:
We are giving our loyal subscribers a chance to a copy of Detour from Cyndi Lauper.