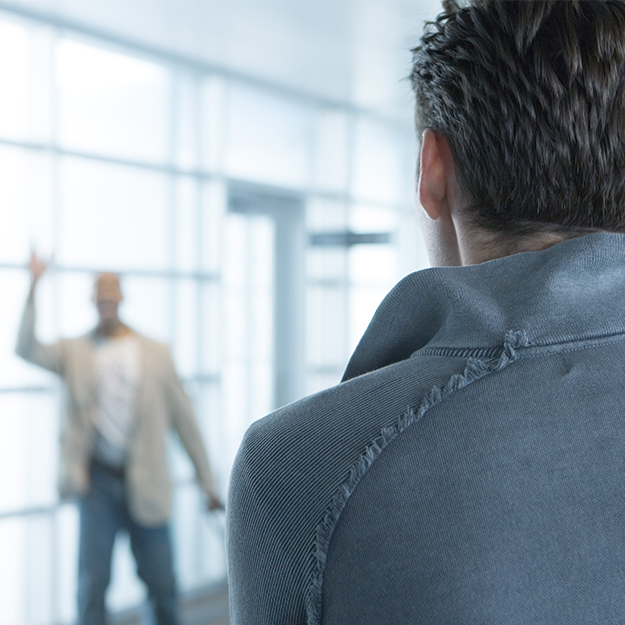 Saying goodbye can be tough.

Unless it’s someone you never want to see again.

And saying hello can be exhilarating after a long time apart.

Unless it’s somebody you thought was dead, meaning you spent that entire night digging a shallow grave for nothing.

Neither of those extremes will likely be seen on Travel Channel’s new Ellen DeGeneres-produced docuseries, “Hello Goodbye,” but never say never.

In the new show (which has had successful versions in Canada and other locales), host Curt Menefee interviews people at airports all over the US as they prepare to separate from loved ones before heading out on life-changing adventures. But he also follows passengers as they reunite with friends and family upon return.

The interviews alternate between heartwarming and downright gut-wrenching to hilarious and joyous, but it’s pretty cool to learn the reasons why people are at an airport in the first place. We’re always making up background stories when we people-watch at airports.

Sometimes, howeer, the truth is even better.