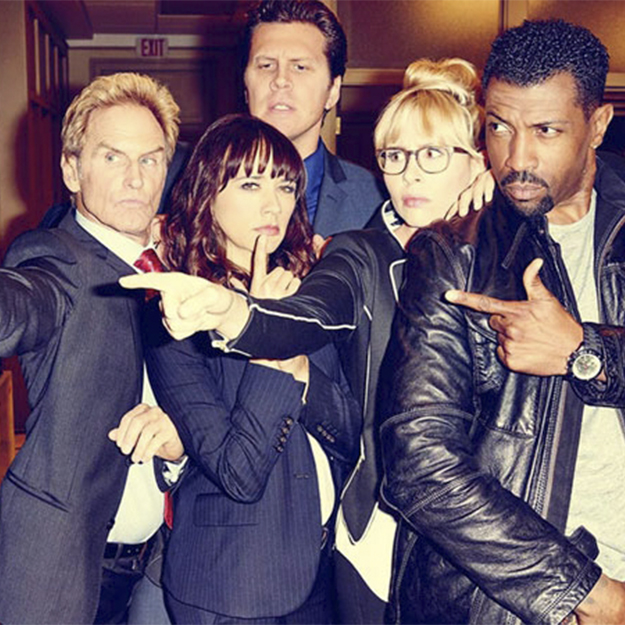 Because way back then, if you didn’t catch it live (or remember to record it on your VCR), it was nearly impossible to catch an episode again.

Thankfully, we live in 2016 when we can discover an entire series that we somehow missed. This time, that show is Angie Tribeca, which debuted in January with a 10-episode marathon. But it wasn’t until Hulu notified us that we might like this series that it was on our radar.

If you’re not familiar, this is a cop show in the spoofy, play-on-words style of Airplane!, Police Squad! and Top Secret! The only thing that’s missing is an exclamation point in the title.

Like the movies and TV shows that inspired it, the slapstick here from executive producer Steve Carell and star Rashida Jones is silly yet smart at the same time. The recurring jokes are particularly genius, especially one in particular in each week’s opening credits.

The second season premieres Monday, so you have the entire weekend to binge about 220 minutes’ worth of the highest-quality execution of lowbrow comedy.

Better still, if you’re just starting the series this weekend, you won’t have more than a day or two for the resolution to the first season’s explosive cliffhanger.

Unlike the entire summer we nervously awaited the fate of Alexis and Krystle in that blood-soaked wedding.