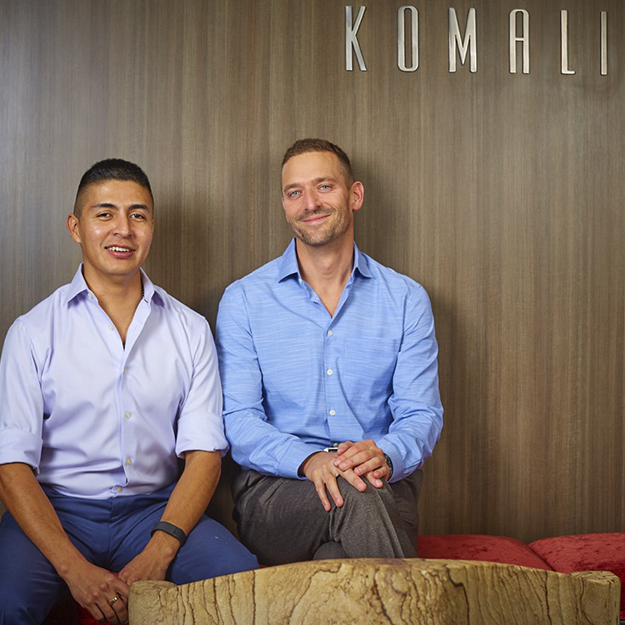 That’s what you’ll hear tonight if you dine at Komali. And every Wednesday for the entire month of June.

It’s all part of a new dining series highlighting a different Mexican state every month until the end of the year.

Ever since couple Emanuel Salinas and John Broady (pictured above) purchased Komali, they’ve been hard at work to keep things fresh and exciting for the restaurant’s legion of devoted fans while attracting new ones to the spectacular cuisine.

Tonight, they kick off a special a la carte menu featuring the flavors of Jalisco, home to Puerto Vallarta, tequila and mariachi music. (And in our case, home to at least three embarrassing male-stripper stories.)

Highlights of this month’s Wednesday menus include a foursome of traditional tacos (picadillo and pork belly in green sauce among them), braised lamb, pozole with beef, a chicharron-crusted pork chop, Jalisco-style flan, and two tequila cocktails.

The flavors will transport you to the enchanted land on the Pacific coast without having to deal with TSA.

Though you might be able to persuade Emanuel or John to pat you down upon arrival.

And if not them, then bar diva Leann Berry most certainly will.