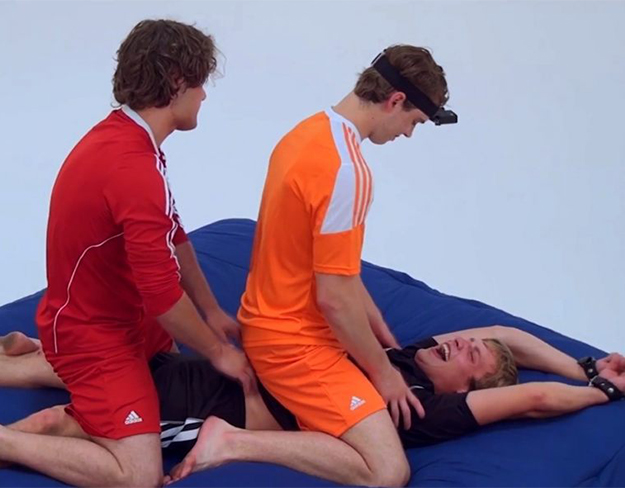 It’s a sport that seemed so bizarre that reporter David Farrier set out to do a story on the phenomenon and contacted the company behind the craze. When he received a note back stating they wanted nothing to do with a homosexual, even threatening legal action should he pursue the story further, he had no choice but to dig even deeper and uncover exactly what happens behind closed doors.

That’s how Tickled ended up being one of the most celebrated films at the Sundance Film Festival. Watch the trailer and you’ll be enthralled.  Who would’ve ever guessed that a story about men tickling other men would be thrilling for entirely different reasons?

The more Farrier investigates, the stranger the world of competitive tickling reveals itself to be.  What could’ve been a lighthearted report turns into something utterly compelling and unbelievably shocking. It’s a tale filled with blackmail, crazy amounts of money and sinister activities galore.

Tickled is an absolute must-watch film of the summer.

You might just pee your pants–but not necessarily from laughter.