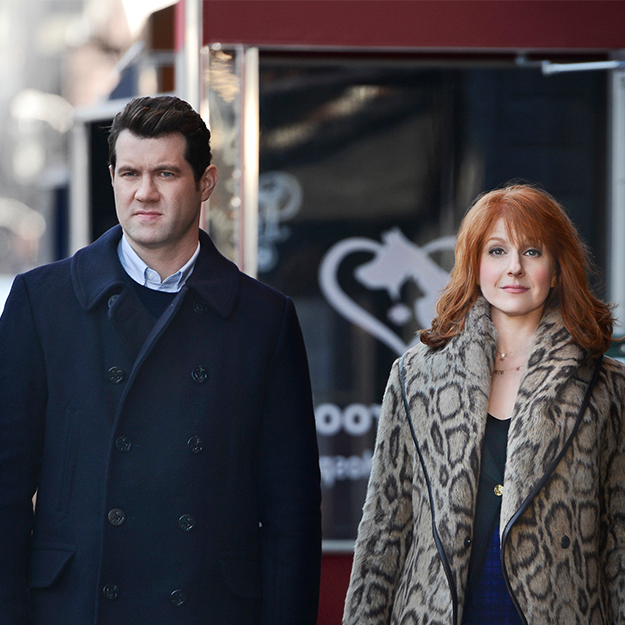 We generally like to surround ourselves with nothing but positivity.

But the horrible, no good, very bad lead characters in Hulu’s Difficult People are the exception. That’s because they’re such awful humans that we bust a gut guffawing at their shenanigans.

If you haven’t seen the first season, you can easily watch the eight episodes today in preparation for tomorrow’s second-season premiere.

Created by (and starring) Julie Klausner, each episode delves into a particular pet peeve of hers and best friend (played by Billy On The Street’s Billy Eichner) and the awkward situations that result. The show’s like Seinfeld for the new millennium.

Few TV episodes last year made us laugh more than the second episode of last season titled, “The Devil’s Three-Way” and we know with some success and critical praise under their belts, this season will be even better.

Plus, we can’t wait to crush on Billy some more.