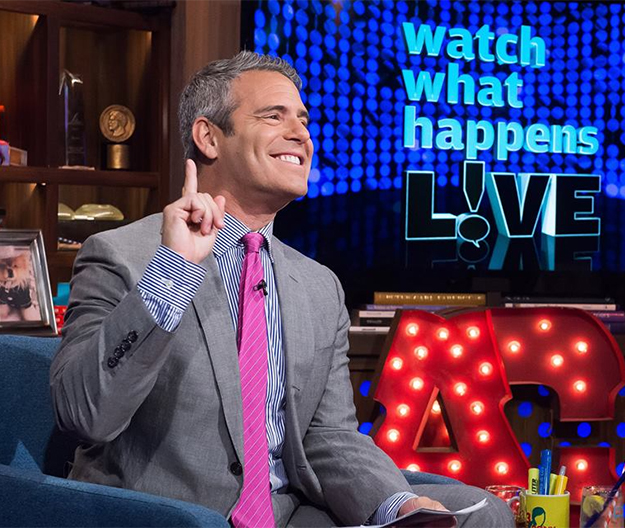 If there’s one thing we can expect from Andy Cohen, it’s a fun time with celebrities. And with awards show categories like the three above, there should be plenty of laughs and table-flipping drama.

Reality star realness is guaranteed tonight when he hosts The Bravos, an awards show celebrating the crazy citizens of his network. It’ll be plenty gay, too, with the likes of Jeff Lewis (Flipping Out) and Reza Farahan (Shahs of Sunset) competing among a trio of women in the Queen of Shade category.

And as much as we hate to give any of those Real Housewives any accolades whatsoever, we’re pretty sure we won’t be able to turn away from the screen when this airs.

Except when we run to the kitchen for another cocktail.