RuPaul is definitely having a moment.

Just this week, the Supermodel of the World received an Emmy as host of RuPaul’s Drag Race. The second season of All-Stars is more popular than ever. And now, there’s a book that digs deeper into Ru’s life than ever before. 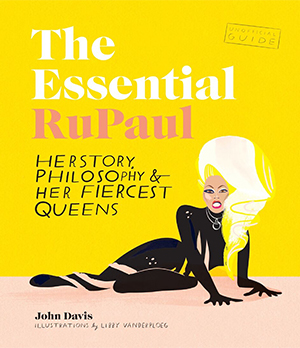 It’s a fan guide filled with information on the legendary performer from his humble beginnings in drag to his life as an international superstar. Davis also profiles the reality competition’s most popular judges and contestants, with illustrations and fun facts galore.

For any fan of the Glamazon drag queen, this book is an absolute must.

Time to sissy that coffee table.