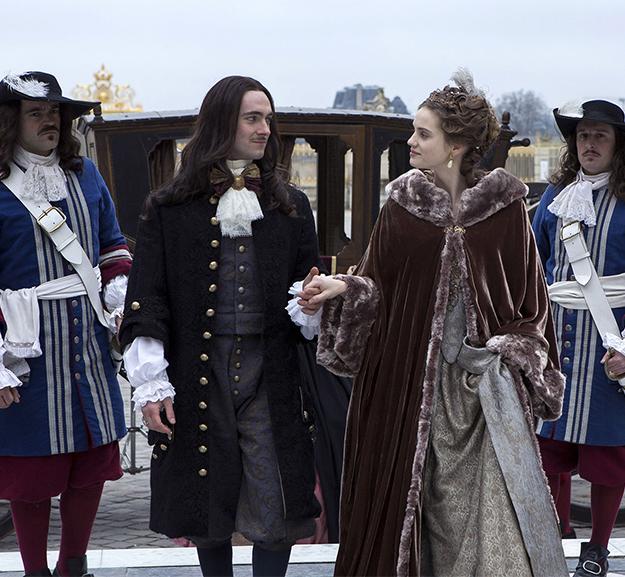 One of the most explicit gay sex scenes ever to appear on television?

That’s one of the many promises of Versailles, debuting Saturday on Ovation. The big-budget epic drama will certainly fill any historical drama voids you’ve been experiencing since the end of Downton Abbey.

The series chronicles 28-year-old King Louis XIV as he commissions the building of the Palace of Versailles and all the passion, betrayal, heartbreak and tragedy that defines that tumultuous era.

We haven’t been this hot for men in tights since Christopher Reeve in Superman.

Or Burt Ward in Batman.