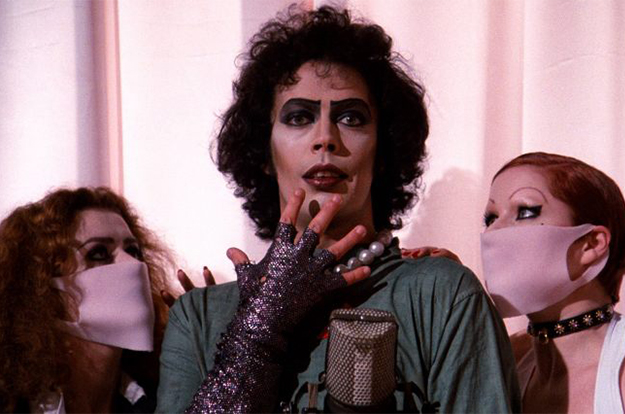 The Rocky Horror Picture Show plays around Dallas–Fort Worth at various theaters with different groups shadow casting in front of the screen while the audience takes advantage of toast-throwing, squirt guns and dancing in the aisles.

It can be complete chaos. The good kind, but still.

So if you’ve ever wanted to watch The Rocky Horror Picture Show with more of an emphasis on the cheesiness of the movie on its own, then you should get tickets now to the sure-to-sell-out party at Alamo Drafthouse Richardson.

But that doesn’t mean there won’t be shenanigans aplenty, including the traditional shouting back at the screen and singing along. Better still, you don’t have to wait until the usual midnight start time to kick back with Brad and Janet.

They’ll even let you wear your favorite fishnets and heels.