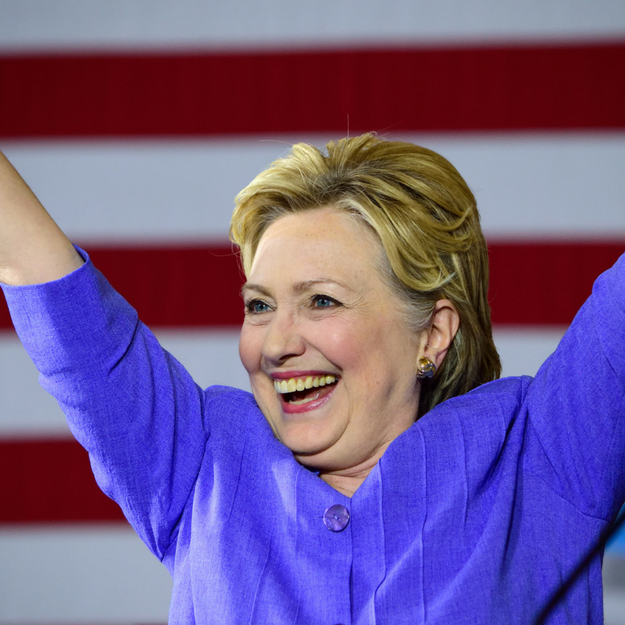 A vote for Donald Trump is a vote for LGBT equality reversals. Among many other horrible blows to the intelligent, open-minded people of America.

We’d hoped Pussygate would be the big blow that finally took down the Sniffling Orange Buffoon, but it only showed how truly crazy, misinformed, and downright hateful many of his supporters really are.

But we know we’re preaching to the gay men’s chorus on this one.

The assumption is that most of you reading this are supporting Hillary Clinton, whether it’s out of pure love and devotion to the historic candidate or simply to prevent the Billionaire Bozo from gold-leafing the White House next January.

Whatever your reasons, now’s one of your last chances to put your money where your Democratic mouth is.

Unlike many of the $1,000-plus fundraisers for political candidates, this one is a comparative bargain at $100 per ticket. For $250 you can become a co-host, or for $500 a full-fledged host(ess) with the most(est)!

The event features LGBT ally Steve Rudner, founder of Rudner Law Offices, along with LGBT icons Mark Phariss and Vic Holmes, who will speak about their roles in the historic battle for marriage equality that took them all the way to the Supreme Court.

You’ve read it a thousand times before, but this election is one of the most important of our lives. Therefore, we hope you’ll join us next Monday to honor and support Hillary Clinton, our country’s best chance of moving toward a brighter, more inclusive future for everyone.

Trump and his supporters are welcome to stay in their Stone Age locker room.