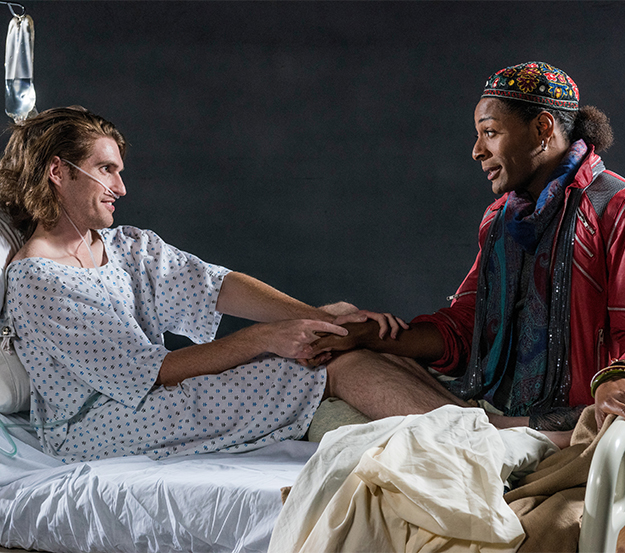 A lot has happened in the 23 years since Angels In America debuted.

And that’s the exact reason to see the Tony Award- and Pulitzer Prize-winning play when Uptown Players brings the story back to the Dallas stage with the first of the two-part epic, Angels In America Part One: Millennium Approaches.

Tony Kushner’s drama captures a time in LGBT history that some of you aren’t even old enough to remember. For others, it’s a time we’ll never forget. Set in the 1980s when AIDS was ravishing our community at alarming rates, the story focuses on two couples whose relationships are in turmoil.

What unfolds within and around these relationships is nothing short of breathtaking. At times funny, at times gut-wrenchingly sad, but always beautiful at its core, Angels In America should be a required cultural experience for every LGBT person as a reminder of what so many experienced first-hand.

In the hands of the talented cast and crew at Uptown Players, it’s guaranteed to be nothing short of remarkable.