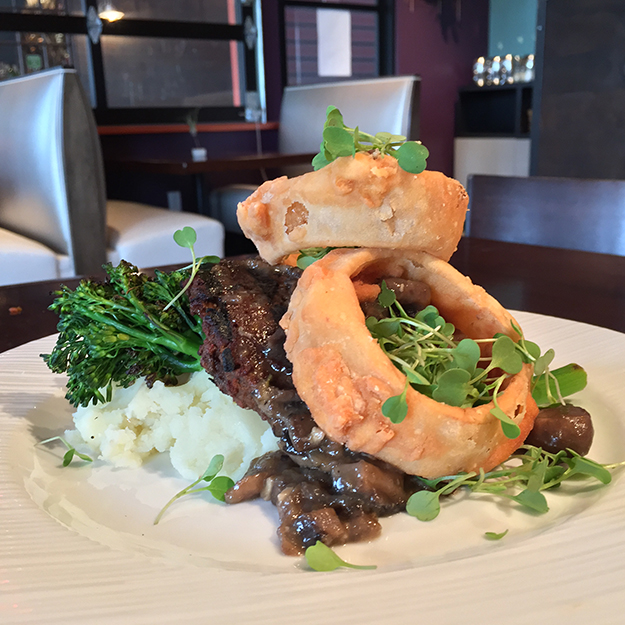 Vegans often get a raw deal.

And not just all the crudité they’ve consumed in a lifetime. Far too many restaurants treat vegans like people who want to eat nothing but vegetable side dishes rather than creating deliciously satisfying dishes that truly eat like a meal.

But V-Eats Modern Vegan, which recently opened at Trinity Groves, has a different approach. Chef Troy Gardner has created a menu filled with meaty delights–but of course, nothing really contains any furry, finned or feathered creatures.

Seitan (wheat gluten) comes into play often in things like a convincing version of steak, available either chicken fried or Salisbury style (pictured above).

There’s an impressive sausage and artichoke pizza, as well as some tasty brisket tacos, too. We think the brisket tastes more like pork al pastor because the texture’s really nothing like brisket, but it’s tasty nonetheless. And most vegans won’t likely care to get into a pork vs. beef flavor debate when they’re busying drooling over all the sushi, sandwich and dessert options.

Some items take some getting used to, but we would definitely return for that pizza or those tacos. Plus, it makes us feel good that no animals were harmed in the making of any dishes.

And we only ate one piece of bacon while writing this story.