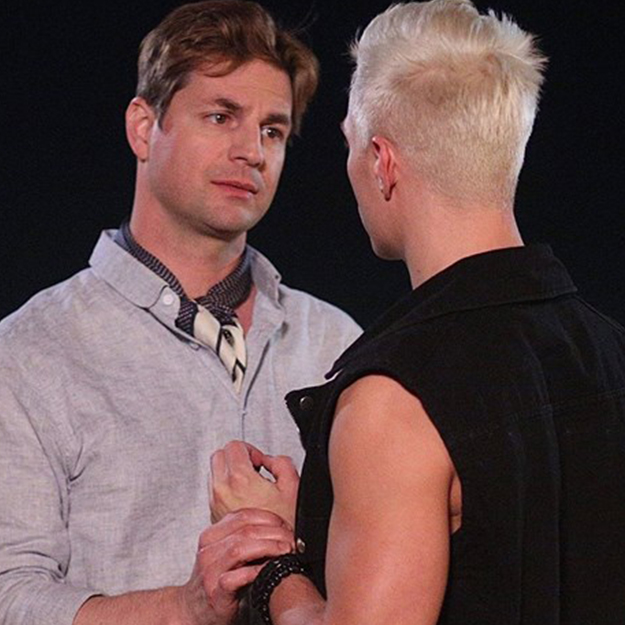 And plenty of murder.

That’s just the top of the laundry list of what’s in store for you in Kiss Me, Kill Me, a thoroughly entertaining psychological thriller out today on Video On Demand and DVD.

From the Hitchcockian title sequence to the final credit scroll, this film twists and turns while delivering darkly comic moments that don’t overshadow the melodrama and mayhem unfolding left and right. Sure, some of it’s a bit implausible. That, or West Hollywood has some of the loosest crime scene regulations in the world.

But it doesn’t matter. 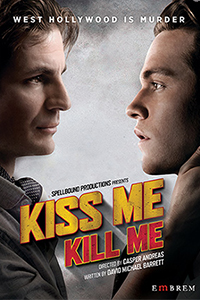 Director Casper Andreas and screenwriter David Michael Barrett know a thing or two about pacing, revealing juicy plot tidbits at just the right moments. Plus, this movie features a great ensemble cast of actors popular with the LGBT set, including Van Hansis, D.J. “Shangela” Pierce, Jai Rodriguez and Gale M. Harold III, who’s still every bit as dreamy as his days on Queer As Folk.

Part of the joy comes from the subtle (and not-so-subtle) commentary about gay life in West Hollywood and the behavior of gay men in general. We nearly spit out our champagne and popcorn when a twink shows up to a funeral in a scoop neck tee and tuxedo jacket. That’s good stuff.

And so is guessing whodunit until the very last minute.

Kiss Me, Kill Me
www.kissmekillmemovie.com