We thought we knew everything there was to know about gin.

Our blood consists of at least 8% gin, after all.

But then we met for drinks with the CEO of Royal Dutch Distillers and he rocked our world. Not just with his lineup of Rutte gins, but the Rutte Old Simon Genever in particular. If you like gin, we’re pretty sure you’re going to lust after genever.

If you’re unfamiliar with the spirit, like we were, genever is a juniper-flavored spirit with roots in the Netherlands and Belgium. From this flavorful booze evolved London dry gin, the style with which most of us are familiar these days. 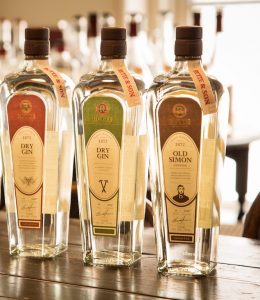 Named after the founder of the small-batch distillery in Holland, Simon Rutte, Old Simon Genever features traditional flavors, including juniper (of course), but also several botanicals, including toasted nuts and celery. The alcohol by volume is just 35% compared to their dry gin and celery gin, which both contain 43%. That makes genever perfect for sipping neat or on the rocks. But it also works superbly in a variety of easy-to-make cocktails that taste like you spent years in bartending school.

Best of all, the entire Rutte line can now be found in several Dallas liquor stores (Spec’s, Goody Goody) and restaurants (Henry’s Majestic, Victor Tangos, Front Room Tavern) with many more locations coming because the brand just debuted in Texas this month.

So head to the store or belly up to the bar and get some Rutte in your belly. We’ll be right there with you.

Because the only wagon we want to get on is the Welcome one. 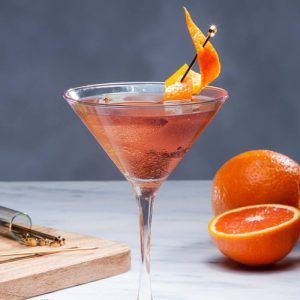 Add all ingredients and stir until cold and diluted.

Strain into a chilled cocktail glass and garnish with an orange zest.