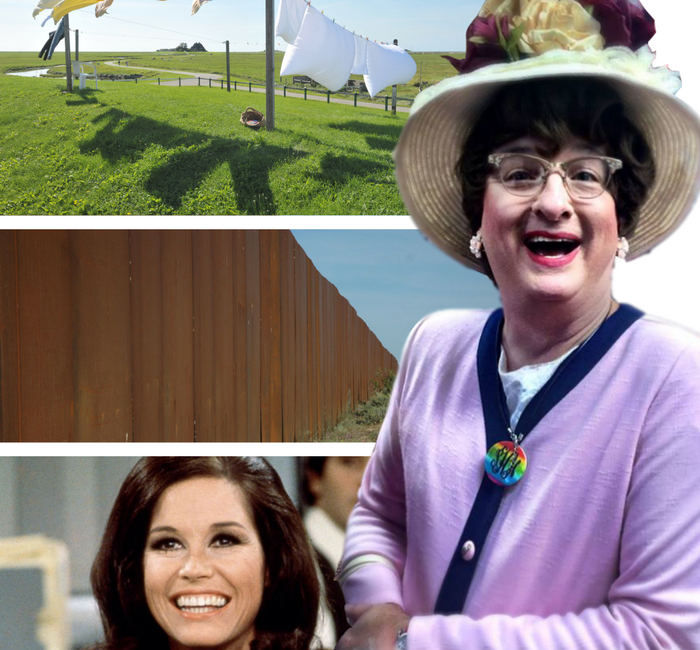 Now, more than ever, we need to be on our knees for our country. Join me as we consider these things.

Material. I have covered this before, but it is clearly an issue that is not going away. What is Donnie Trump’s problem with Muslin? I mean, it’s one thing to have an affinity for Egyptian cotton, but to issue an executive order BANNING anyone from Muslin producing countries to enter this country just seems a bit much. Perhaps these foreigners should fashion their headscarves out of satin or even, God forbid, polyester. According to news reports, some Muslin has a green card attached verifying its safety, but even that is forbidden. To make matters worse, Muslin from Saudi Arabia is allowed. Now, I have a problem with THAT. You know that Muslin from Saudi Arabia will have sand embedded in it and I don’t care to sleep on sheets that will take off a layer of skin while I snooze. We need to pray.

Masonry. If it’s not cheap sheets, it’s useless construction along the Tex Mex border. When will this fine Christian President turn his energy to more important things like prayer in public schools?? Brothers and Sister, our leader wishes to construct a wall along the Mexican border effectively preventing any illegal crossings into our fine nation. Moreover, Brother Moneybags Trump intends on getting the Mexicans to pay for this $15 billion construction. Has he been to Mexico?? These are not terribly wealthy people. Clearly, some sort of barter is going to have to be initiated, or my guacamole is going to get too expensive to eat. Based on Donnie’s inability to understand foreigners, I’m prayerfully predicting that payment for the wall will be negotiated with Mexico via exchange of free lawn care for all Americans over the next four years. Gloria a Dios!

Mary. Let me end this political harangue on a reflective note. The Lord has been busy calling the faithful home over the past year or so. And now, He’s prepared a mansion for the beloved Mary Tyler Moore. Oh, Rob us no more, dear Lord. Never was there such a fine display of wholesomeness on my Magnavox. Much like all of us Ordinary People, Sister MTM had her flaws and difficulties, but she managed to rise above them. From conquering alcoholism and enduring the death of her only child, Mother Mary ultimately could not beat the ravages of diabetes. I shall remember her in prayer for the ministry of laughter which she so freely gave. Lord, we have all truly Missed Her. Grant us peace. Let us reflect on the fact that, after a lifetime of service and goodwill, she completed her journey into paradise. Truly, she made it after all. Amen.