No Dallas homo is worthy of street cred if they haven’t eaten at the Original Market Diner on Harry Hines. The place is an institution and gayer than three silver-dollar pancakes.

Yet its once-sister restaurant across town, Circle Grill, remains a secret to many. Now under new ownership, regulars won’t find that anything has changed a bit, except for maybe some fancy new menus with pretty pictures.

Some may argue that brunch without booze is just breakfast, but we can always use a platter of huevos and bacon without any additional temptation. 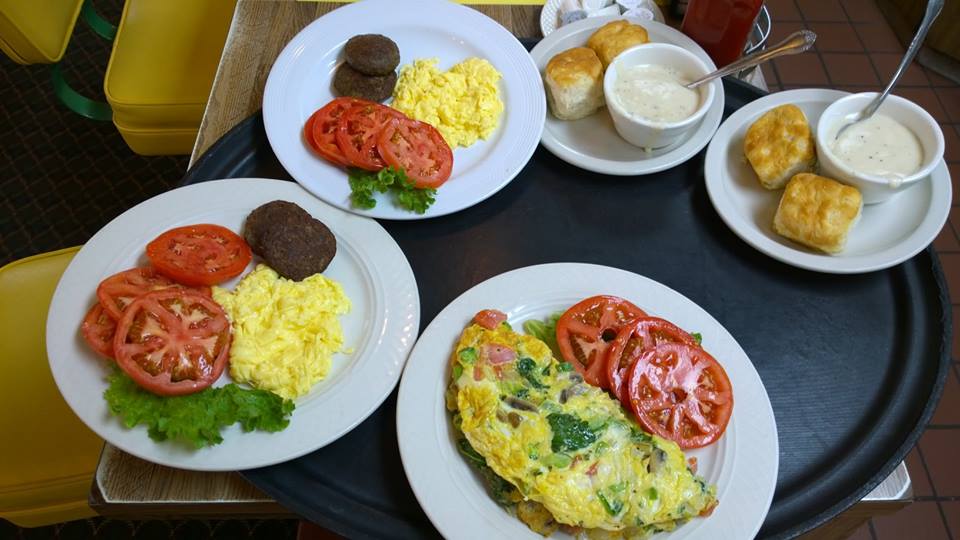 Circle Grill has serious Quentin Tarantino-esque diner cred with a long counter full of permanently attached stools featuring a great view of the kitchen action. Sitting there allows you to bask in the warm glow of a dessert case and listen to the whirlwind of servers shouting 1950s waitress lingo to the short-order cooks.

It’s just like being behind the scenes of a National Geographic TV special. Observe. Don’t make any sudden movements. And absolutely no poking of the servers allowed. (You could lose a limb.)

The cooks produce some culinary magic on that well-loved grill of theirs. Eggs Benedict are among the best in the city, especially because you can get them seven days a week. Pancakes are outstanding. And the biscuits and gravy are stupendous, even if they do stay with you for days like a happy, tummy-loving rock.

Service is attentive and friendly thanks to several long-time waitresses on staff who know a thing or two about slingin’ some hash and working a coffee pot. (Ask for Jerrie!)

Best of all, no matter how crowded it gets on a Saturday or Sunday morning, there’s rarely a wait longer than five minutes.

Now go forth and gay up the place.