The first Broadway musical we ever saw was a touring production of A Chorus Line. Before that, we’d somehow  been led to believe that all musicals were G-rated, saccharine-sweet productions, most likely because our mom force-fed us Mary Poppins and The Sound of Music whenever possible.

So when we first heard the raunchy-by-comparison lyrics to “Dance Ten, Looks Three” about boobies and booties, we suddenly understood there was a whole world out there that was sassy, sarcastic and sinful. If we hadn’t already known we were gay, this totally would’ve been the moment we figured it out.

But enough about our illustrious history with A Chorus Line and more about Uptown Players‘ take on the long-running smash hit. For one weekend only in February, the theater company stages the show at Moody Performance Hall, which means you need to snag your tickets now if you’re not already a full-season subscriber.

Because with just three shows only, the tits and ass won’t be here forever. 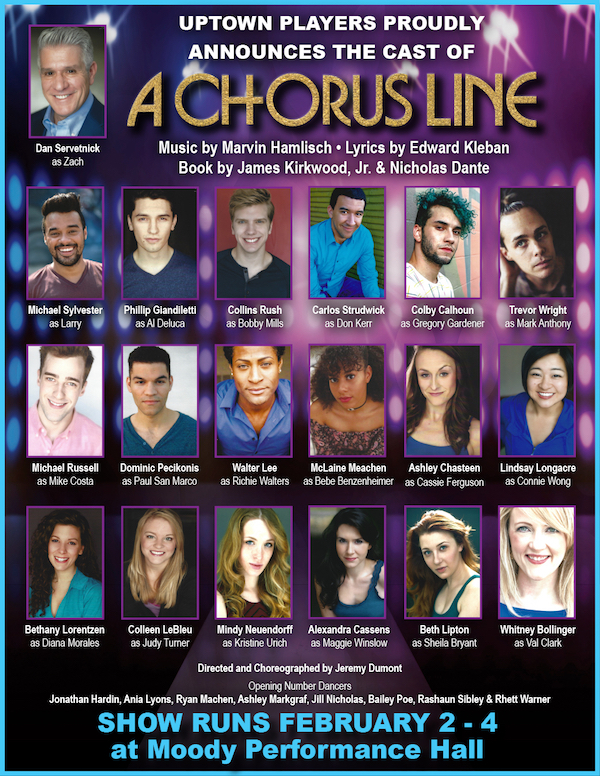