Normally, we like those two words in that exact order. But when they describe the stock market, we freak out a little bit. And we’re confident we aren’t alone.

However, if you want to invest in something that’ll generate a positive outcome, then we have a few suggestions. Sure, these won’t make you any money, but there’s a huge lineup of LGBTQ Kickstarter projects that could use a little love.

With your donations, projects could come to life that might otherwise never see the light of day (or darkness of theater). Take Dani Terrill: Black Bois (pictured), a Seattle-based dance piece that surpassed its $8,000 goal by almost $3,000.

Here’s a list of current queer Kickstarters, some expiring in hours, others in days and weeks. So get to clicking (and donating)! 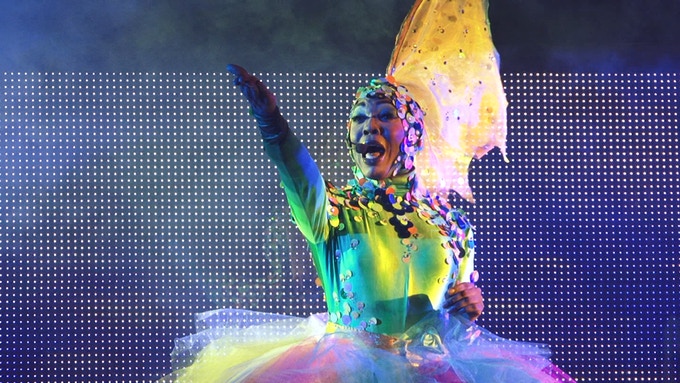 Being BeBe: The BeBe Zahara Benet Documentary
An up-close-and-personal film about performance, persistence, purpose – and the first winner of RuPaul’s Drag Race (pictured above).

Growing Up Coy
Six-year-old Coy Mathis and her case were among the nation’s first transgender bathroom rights cases. The award-winning doc is embarking on a community tour to offer free screenings and resources.

Cherry Blossom
A photo book about unrequited queer love by photographer Ryker Allen who took a trip with his ex and documented the journey.

Queer as a Five Dollar Bill
This YA novel that’s too controversial for traditional publishers.

Mudpots
Short by Cate Smierciak gives a glimpse into the inner lives of two teen girls in a stolen moment at the Salton Sea.

Lavender
Short by Matthew Puccini (The Mess He Made) about a younger gay man who grows increasingly entangled in the marriage of an older gay couple.

Tripping Over You: Volume 4
A bi-weekly LGBT webcomic that’s as awkward as meeting your boyfriend’s dad for the first time.

And there are even more LGBTQ projects here.