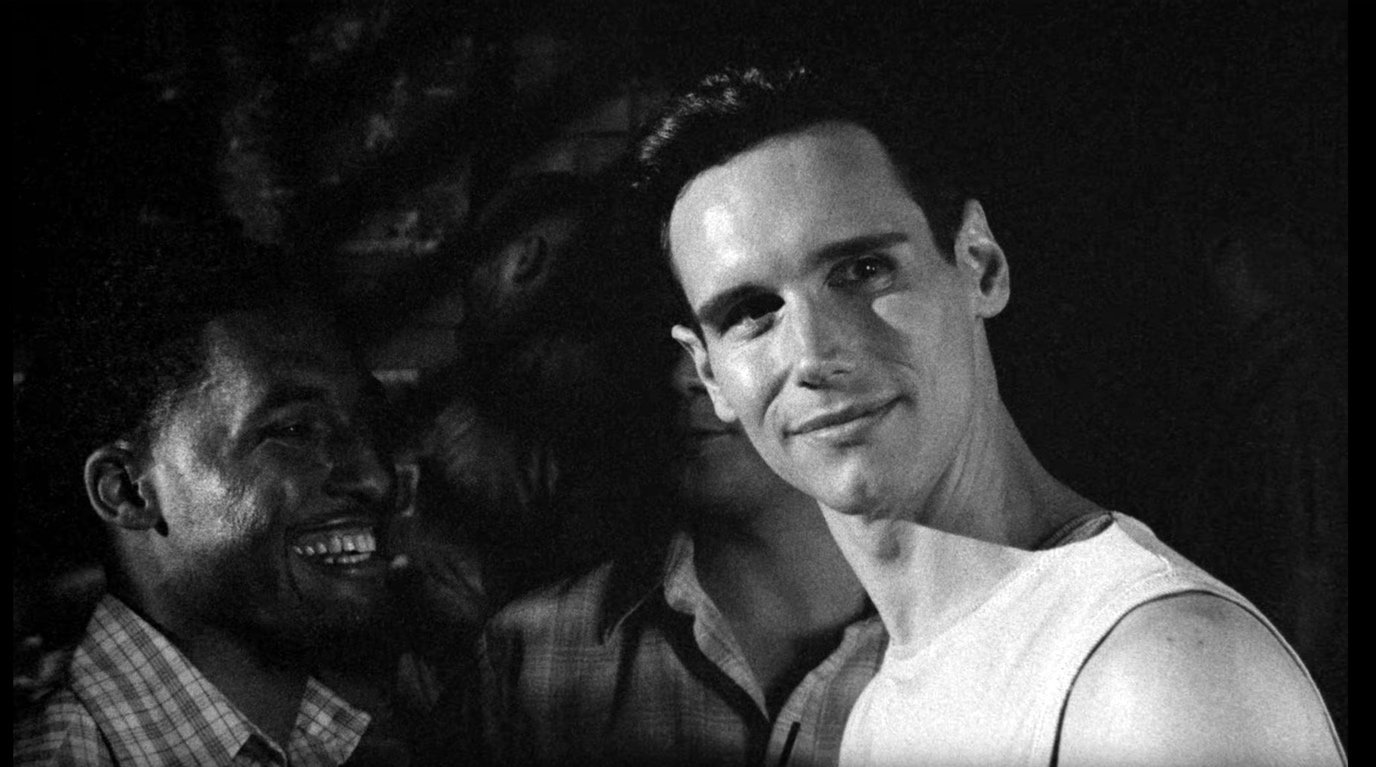 The 1980s saw many a Corey lighting up the screen in blockbuster movies.

But tonight, a new film starring a contemporary Cory set in the ’80s has a much more somber vibe than anything à la Feldman or Haim. In the emotional drama 1985, Cory Michael Smith (TV’s Gotham) stars as a closeted man returning to Texas to see his family (Virginia Madsen, Michael Chiklis) for the holidays in the early days of the AIDS crisis.

For those of us who remember this time period vividly, the trailer alone is enough to elicit tears. For anyone who wasn’t old enough—or not yet born—this beautifully shot black-and-white film serves as a sobering reminder of the then-devastating realities of AIDS.

1985 makes its Dallas non-festival debut tonight for a one-week run at The Texas Theatre. Plus, at tonight’s screening, the film’s local filmmaker, Yen Tan, will be on-hand for the screening, which will be followed by a special presentation of 1985’s Michael J. Fox comedy, Back to the Future.

In case anyone wants a lighter ending to their evening.