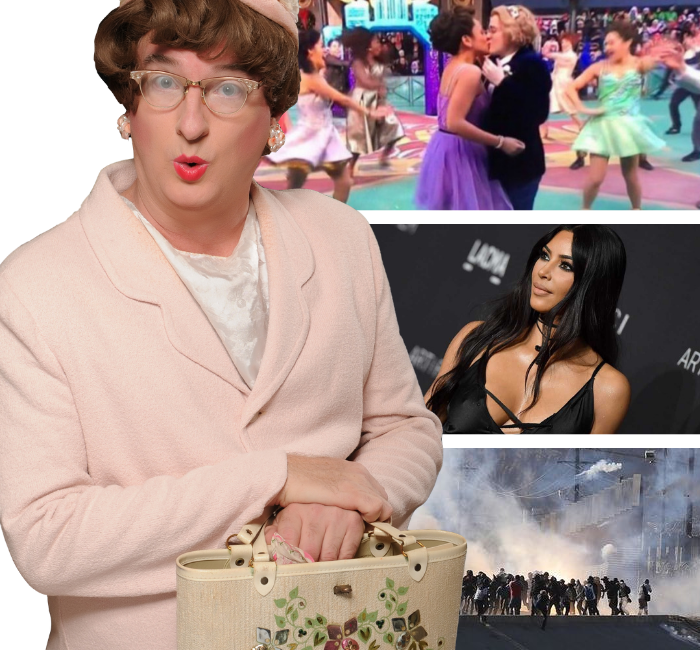 Giving thanks and crying for help.

Parade.  I pray that all of you experienced a season of thanks with family and friends last week.  I also pray that you are finding gastric relief from the sin of gluttony.  Still, in the midst of family gatherings and prayers of thanksgiving, worldliness slapped us all in the face during the Macy’s Thanksgiving Day Parade.  I tune in every year to see the smiles on the children’s faces, the elaborate balloons, the festive bands and the poorly timed lip-syncing.  I did NOT, however, expect to see a flagrant display of degradation from the cast of a Broadway show.  I hope you missed this, but during a number from the musical, THE PROM, we were subject to an up close view of a lesbyterian kiss on national TV.  I spit sweet potato casserole all over my Samsung!  What’s next?  Santa “in flagrante delicto” with Rudolph?  Bah Humbug.

Perverse.  I have been doing some language research on foreign tongues.  My latest foray is into the land of Armenia.  In my research, I found a vital interpretation.  The name Kardashian actually means “disgusting” or “perverse”.  What a relief.  Now I have a bit more understanding of why nothing of any merit seems to come from that family.  The family slut, Kim, has recently admitted that when she married Damon Thomas in 2000, as well as when she made her filthy sex tape with Ray J several years later, she was high on Ecstasy.  Color me shocked.  Ecstasy for her has translated into misery for the rest of us.  I’m currently in prayer for the Lord to send me another Armenian word for Sister Karslutian, but I can’t say it in English.  Lord, help.

Patrol.  On a serious note, we need to gather in prayer for actions on the U.S/Mexican border.  I must admit that I don’t have an answer as to how to respond in a Christian way to the influx of the less fortunate seeking a new life in America.  But I truly don’t find scriptural reference where Jesus said to “suffer the little children with pepper spray.”  To make matters worse, the fine moral people at Fox News gave voice to a former Border Patrol deputy chief who claimed that the pepper spray was suitable to “put on your nachos and eat it.”  I daresay that none of the immigrants were putting their lives at risk for an appetizer condiment.  May the Lord lead this talking head to a fresh order of quesadillas sprinkled with organic fertilizer so that he may eat the *@$# he’s spewing.  Lord, forgive me.