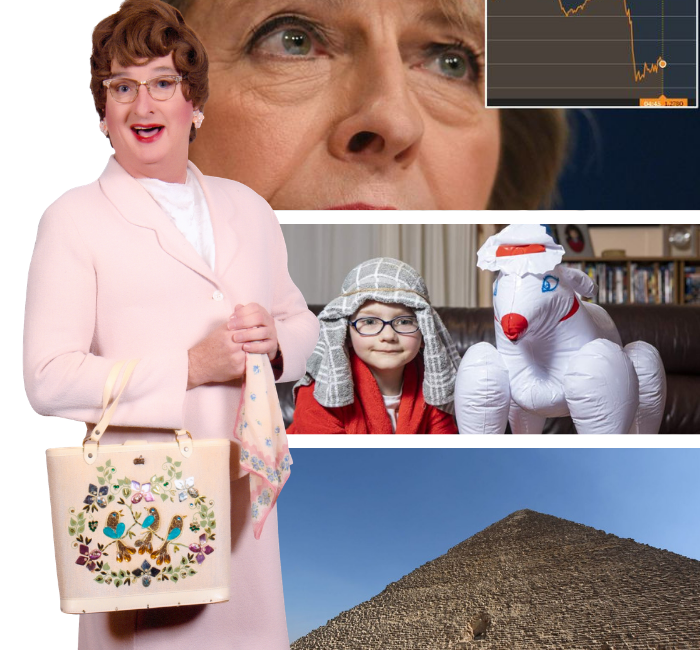 Let us turn our prayer wagons to foreign missions.

Pounds.  News out of the United Kingdom (please…..the Kingdom of God is the ONLY Kingdom!) is that the planned exit from the European Union, nicknamed “Brexit”, is in question once again.  Prime Minister (Ministress?) Theresa May has delayed a vote on the issue once again which has, oddly enough, had a profound effect on weight.  I keep reading that this action on Sister Theresa’s part is causing the pound to plummet.  Good for her.  I’m tired of foreigners saying that America is an obese nation.  Let the Brits lose some weight too.  Cheerio!

Perversity.  And while they’re dropping pounds, I suggest the UK in general clean up their act as well.  A young child in Scotland was sent home from school after brining a sex doll to school.  Such perversity.  To make matters worse, the child’s mother INTENTIONALLY ordered said doll for the child online.  Now, Lord help me, here is the worst part.  The sex apparatus was actually an inflatable sheep which the child was going to use for the school’s nativity scene.  Reflect on that.  The child’s mother, Sister Cox (!!!), had not inflated the sheep prior to its school use so she’s claiming innocence.  I have two thoughts here.  First of all, this brings new meaning to “Mary had a little lamb that followed her to school one day which was against the rules”.  And secondly, if Mary in the nativity was indeed a virgin, why would someone put this sheep in the manger as a temptation for Joseph?  Alleluia.

Pyramid.  Then there’s this.  A Danish photographer and a female accomplice have allegedly scaled one of Egypt’s Great Pyramids.  This, in and of itself, is illegal.  Once at the peak of the pyramid, said female removed her top for the great Dane to photograph her.  All of this captured on video and then posted on YouTube.  Egyptians are, suitably, angered by all of this filth.  I’ll let the officials decide if this is real or a staged prank.  But I’d like to remind these idiots that the Egyptian king was King Tut, not King Tit.  Idiots.