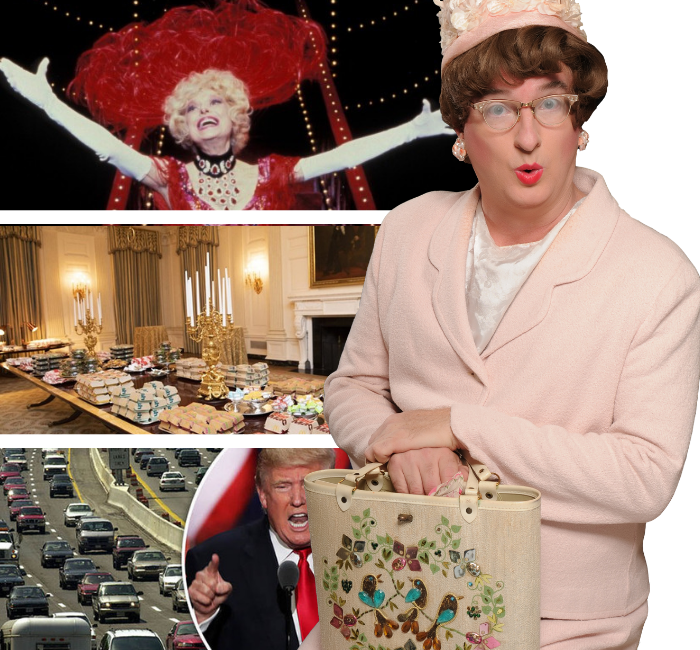 We start with praise and end with condemnation.

Tribute. Let us turn our thoughts to Glory where there is surely a grand staircase today descending to the Pearly Gates, as Sister Carol Channing is welcomed to where she belongs in Paradise. What a long ministry of performance she was granted here on this earth. While she will always be identified with one particular role, there are worse roles for which to be remembered. (I’m talking about you, Faye Dunaway, dearest.) Surely there are sodomites worldwide who will be ratcheting up their cheap imitations of this legend in the coming days and weeks. But here is my testament……….Gentlemen Prefer Blonds like her when purchasing Thoroughly Modern Diamonds with which to say Hello to their Raspberry loving Little Girls from Little Rock. Hallelujah!

Truckload. It is a tradition for sports teams of high success to be celebrated by the President at the White House. Super Bowl winners, Olympic medalists and college champs. It is this latter category that I’d like to discuss today. Some very gifted athletes from Clemson University have been sent such an invitation for recognition of their national championship. Unlike most previous fetes which are catered affairs, our current Demander-in-Chief is low on staff during this Tantrum Shutdown. In his infinite chasm of tastelessness, Donny has chosen to regale these young men with truckloads of fast food. Fast food. In the White House. To honor champions. I just don’t know what to say. But if this is his way of being an athletic supporter, it sure is a filthy one. Play ball!

Traffic. And finally, Mr. President, if you insist on continuing to hold this country hostage, I’d like to prayerfully invite you to consider going to play in the nearest freeway.