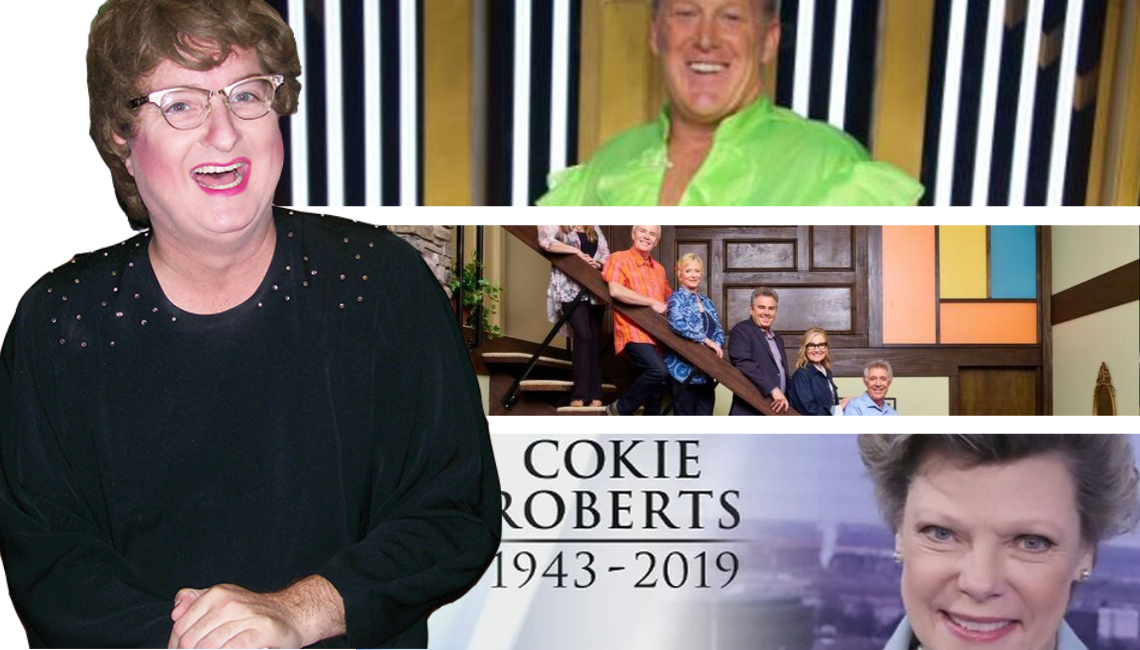 Hearken ye to the Lord’s wisdom imparted unto thee from my pen.

Reality.  There are so many reasons why I rarely watch television.  Most of them involve the overabundance of “reality” shows which just make me gag.  The things people will do for alleged fame.  As a lifelong Babatist, I have always eschewed dancing, so the idea of a dancing reality show is really at the bottom of my list.  However, I simply cannot ignore the news coverage of Brother Sean Spicer’s display on DANCING WITH THE STARS this week.  If he had danced with the same passion he used yelling from the White House, it might have been a success.  However, he looked like a flailing canary in heat.  Two questions about that blouse, Sean.  Did it not come in men’s sizes?  And did you wash it with a highlighter in the pocket?  Lord, help us.  Some have suggested that Sister Melissa McCarthy do a parody of this debacle, but if you ask me, one can’t parody that which is already ridiculous.  Amen?

Renovation.  Now let us reflect on when television was good, wholesome and innocent.  Although the premise of the show was based on the sin of divorce, THE BRADY BUNCH portrayed a lovely family trying to get through life.  Six children, a mannish maid, a glamorous mother and an architect father.  (I shall defer my comments about that actor for a later date.  Sodomite.)  How wonderful, then, that architecture and the Bradys have combined once again for television.  HGTV has enlisted the aid of the six remaining cast members, aka the children, to participate in a complete interior re-do of the house which had been used solely for exterior shots on the show.  What a joy to see these wholesome kids gathering as adults to restore these television memories.  I hope this is a trend.  I can’t wait to see the complete recreations of the Beverly Hillbillies home, the Green Acres shack and Jeannie’s bottle.  Paging Architectural Digest.

Remembrance.  On a sad note, noted journalist, Sister Mary Martha Corinne Morrison Claiborne Boggs Roberts, has succumbed to the evil known as cancer.  Who is this, you ask?  We’ll call her Cokie like her older brother did.  I must say, I have always enjoyed hearing the news from this fine woman.  Well spoken, of mellifluous voice, and an ability to cover politics without grimacing.  Without a doubt, Sister Cokie was a paragon of positivity for women everywhere.  May her mantle be passed on to a new generation of journalists.  I’d hate to have to get my estrogen infused news from Terry Meeuwsen of THE 700 CLUB for the rest of my life!